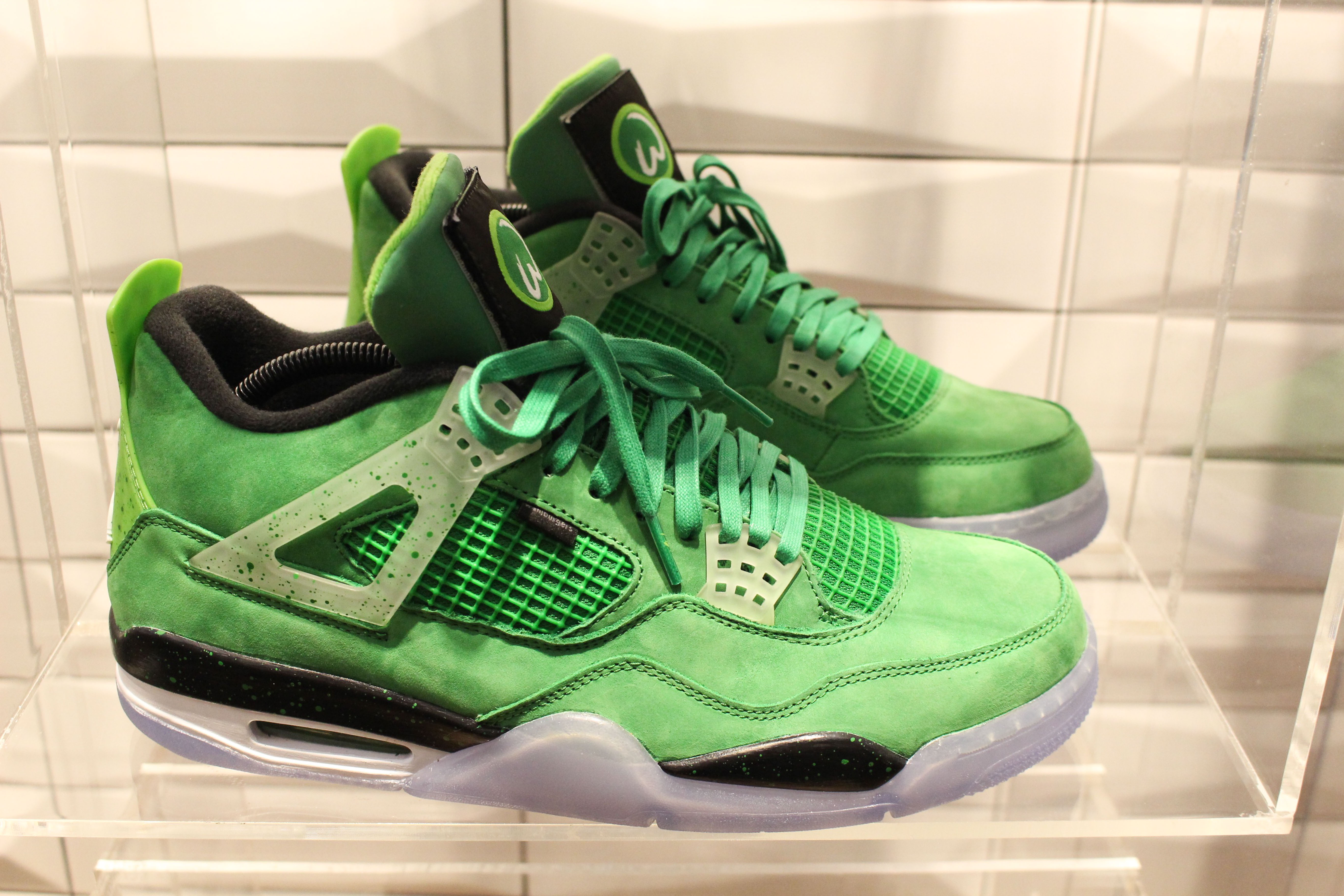 My first real introduction to the sneaker & pop art icon was through an expo my husband (a passionate s’head himself) invited me to about a year ago. There, enclosed in a glass box on full display, was an impressive assortment of holy grail pairs, hard to find shoes that beckon you to look closer. I wondered who owned the covetable collection that wasn’t in any other exhibitor’s booth and had to ask the keeper; it was the first time I heard Big Boy’s name.

The next encounter (again with just his shoes) was in a pop up of Sole Academy in BGC that my husband once again dragged (albeit willingly) me to, to catch a glimpse of a bigger collection on display for a limited time. People were actually lining up patiently to ogle at the rare pieces for a total of fifteen minutes each–definitely not enough time for anyone–so much so, that my hubs went in the box twice while I watched him be a kid in a very expensive candy store. Then came the YouTube unboxing videos we both watched one afternoon that, for any fashion lover, was very satisfying to witness especially since it felt the new pairs being unboxed were never ending. Heaven!

By then, I was highly entertained and in awe of this person with so. much. shoes. Of course, I had to give it a shot and asked Carlo to send him a DM for this feature; by this time, they had become IG friends and he had amassed a small collection of t-shirts from Secret Fresh Gallery in Ronac Art Center (also owned by Big Boy) which I was also privy to and honestly, enjoyed perusing myself.

Next thing I knew, I was in his art room/man cave ogling his massive displays of sneakers, art, furniture, toys and other merch. It was like entering a fantasy world, nothing like any shop or place I’ve ever been to and it’s not even a store store! Big Boy began his love affair with sneakers at eight years old, influenced by his older sister who used to play basketball. The first shoe he ever bought was a pair of white Air Jordan One’s for less than three thousand pesos (discounted) in Greenhills. This was way before limited edition, designer collabs and “friends and family” pairs existed. He was one of the first re-sellers in Manila at Fresh Gallery in Quezon City, and remembers selling six pairs of the Kanye West x Bape Nikes for P25,000. Now they resell for $3000 (about P150,000.00). Wow. 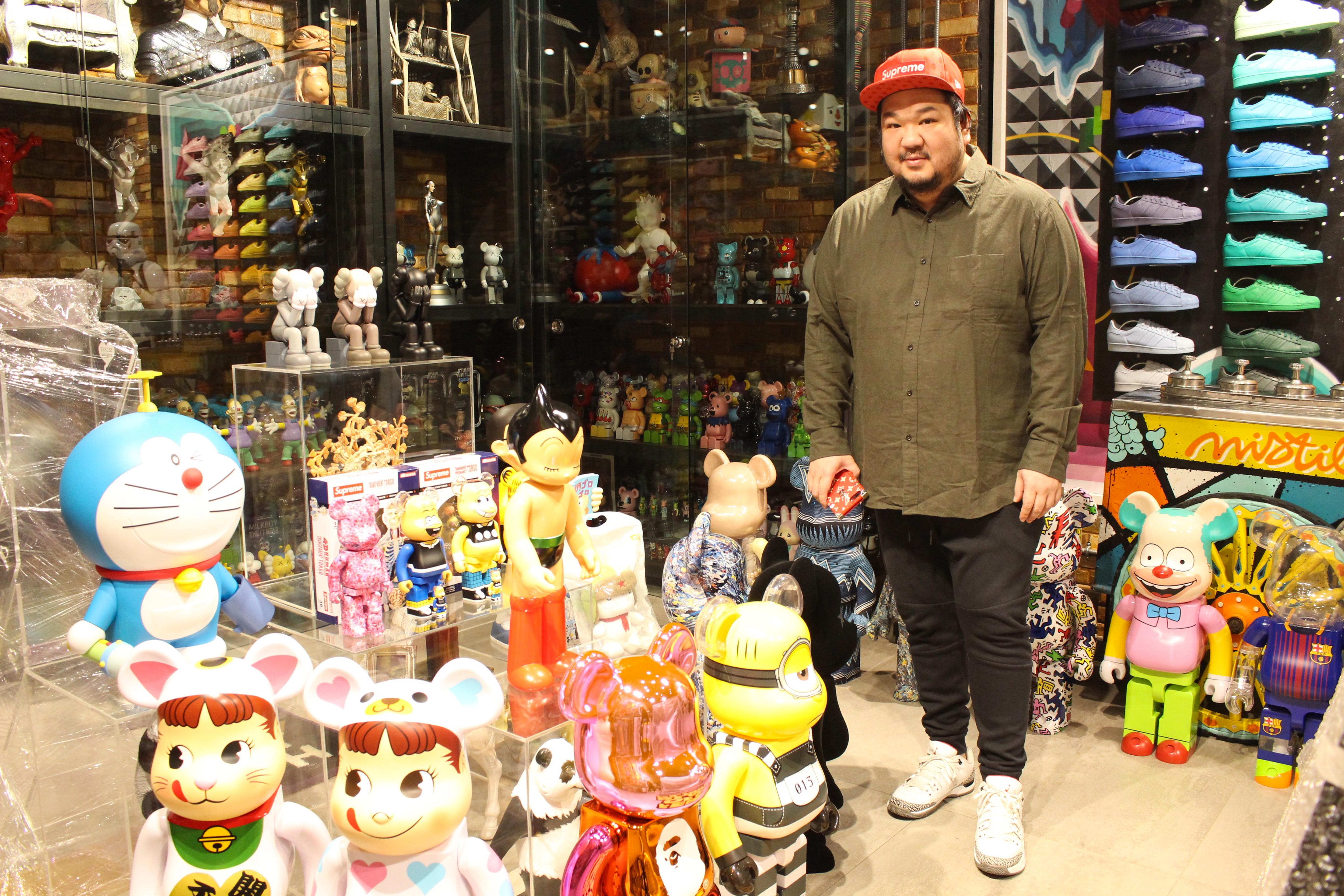 All dressed up in a linen polo from Uniqlo, Nike pants, Supreme cap and Nike Air Jordan Federer sneaks.

So how often does he score? Every week he purchases about 2-3 pairs unless there are continuous drops, then he buys more. While most of his shoes are purchased online abroad, Big Boy still relishes the brick and mortar shopping experience and makes it a point to travel and visit the shops to see the shoes in person and buy them the old-fashioned way. IRL, he is very charismatic, devoid of any airs, extremely funny and down-to-earth. No wonder he has a ton of fans and followers; his big personality coupled with a humble, child-like demeanour kept me enamoured and I enjoyed our brief banter in between shots. I’ll let the photos speak for themselves but I will say one thing: I just barely scratched the surface of his insane collection, and a day won’t suffice if you really want to immerse yourself in all the goodness. It was pure joy being there, so glad he indulged us! 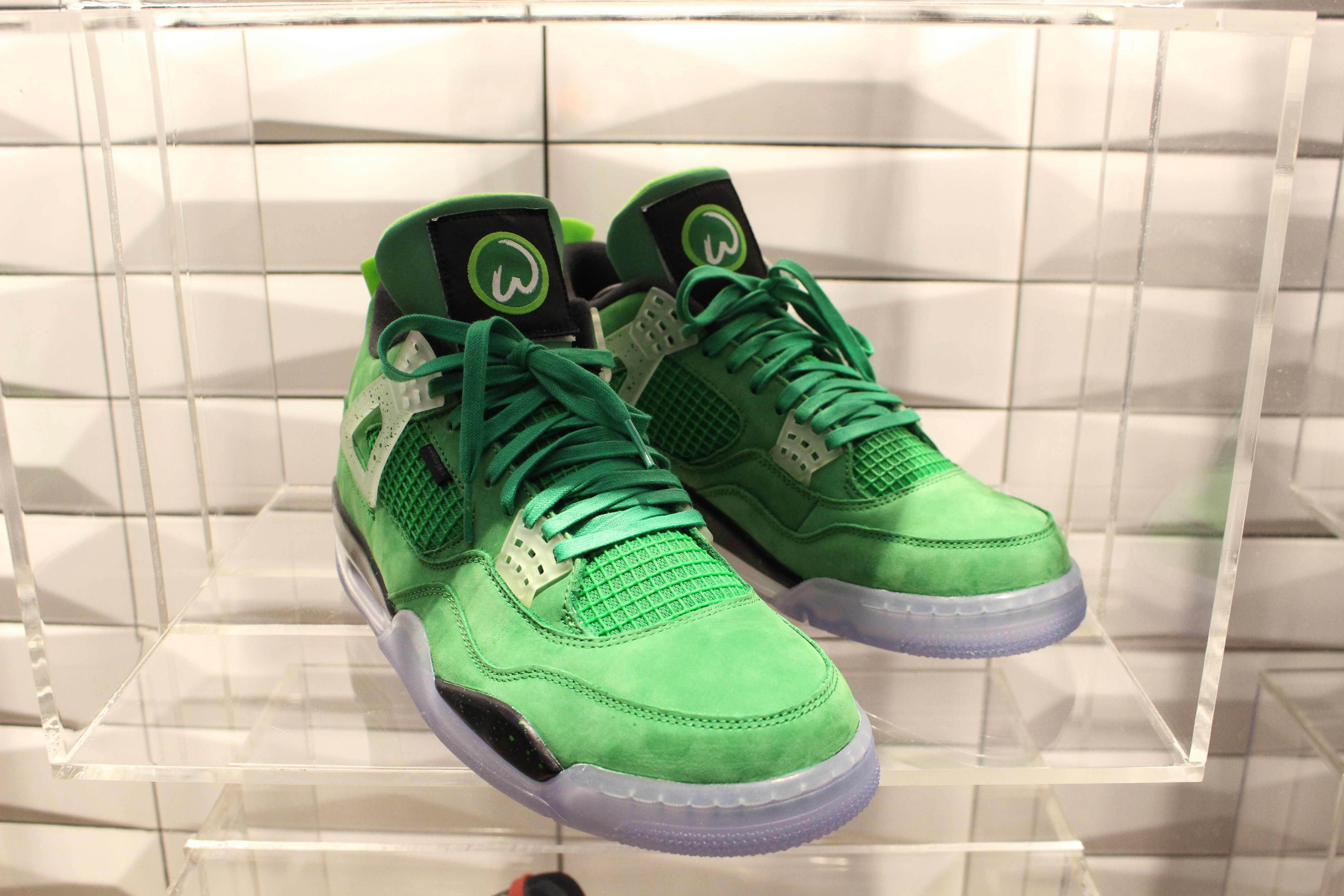 These unreleased Air Jordan 4 Wahlburgers is the latest collab between Nike and Mark Wahlburg, inspired by his burger joint and in a shade of Boston green makes its online debut here. Of course, Big Boy got first dibs in this ultra exclusive pair that was first spotted on Mark just last December. 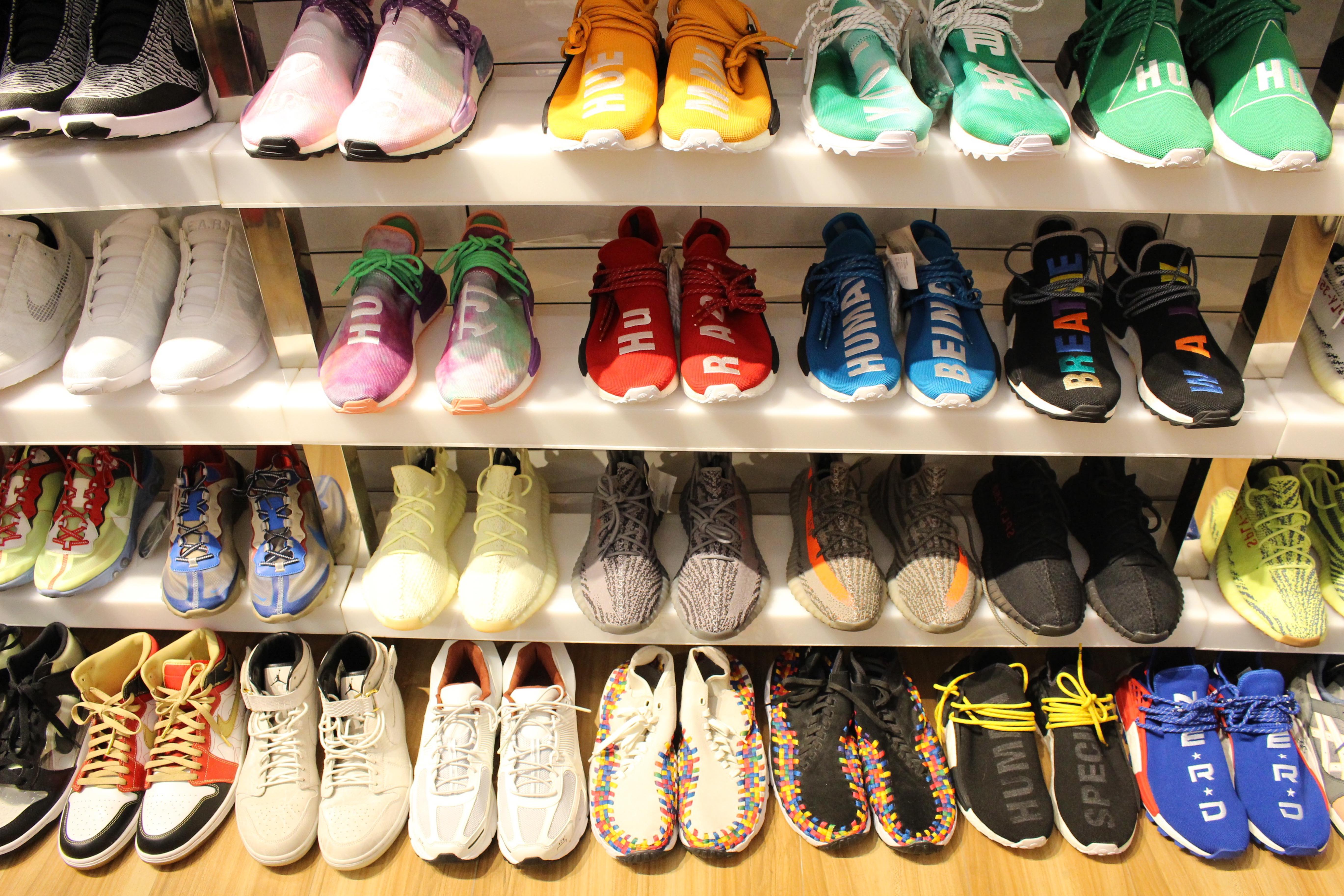 Of his massive collection, Big Boy says he shares them all with his two kids who luckily wears the same size as him (US11). They are actually his “bosses”, calling the shots on their pair of choice with his younger son being the online shopping expert who is fast in snatching a pair soon as it drops. He’s not strict on what they can or can’t wear which is endearing and refreshing; a collector who actually wears his prized possessions! 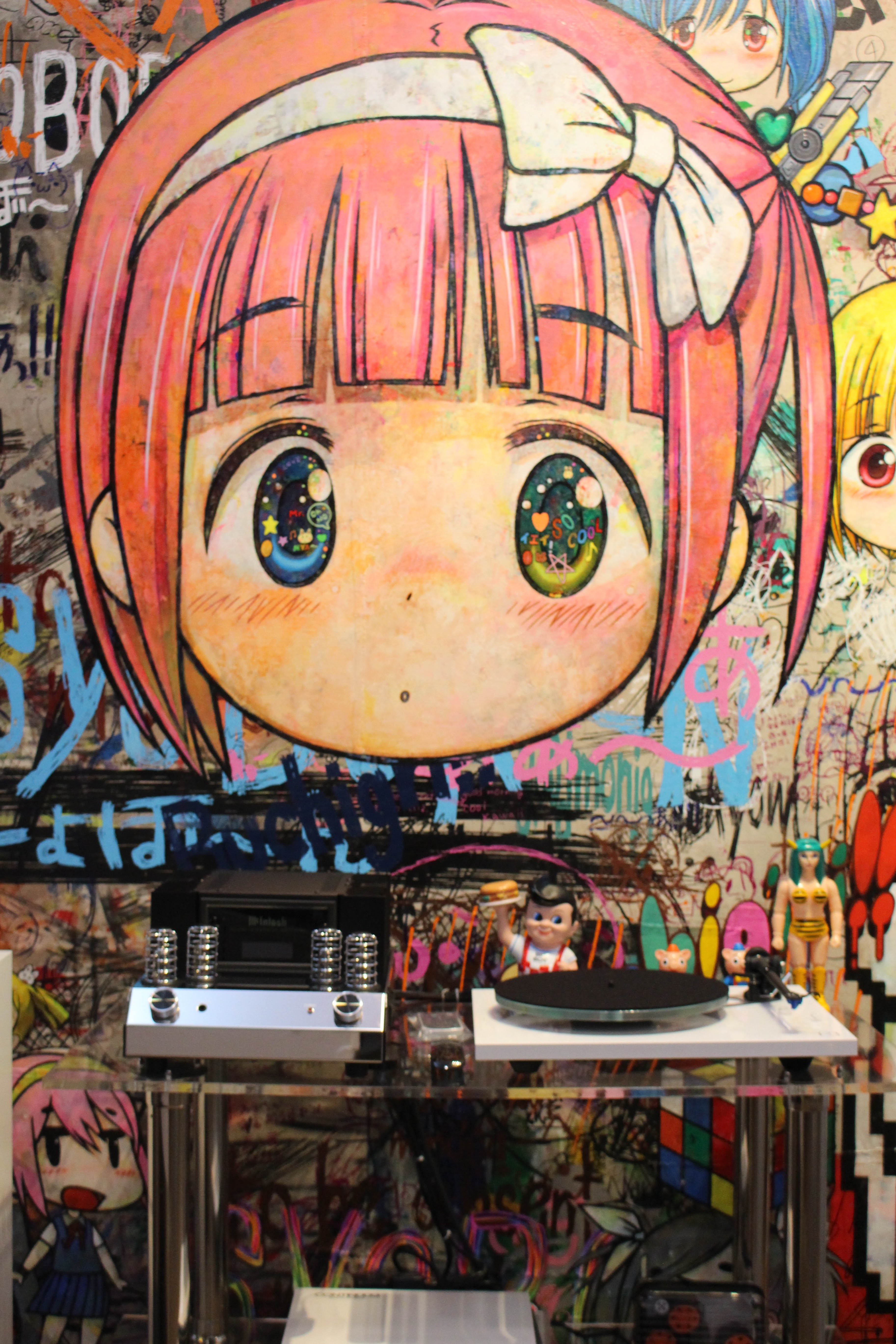 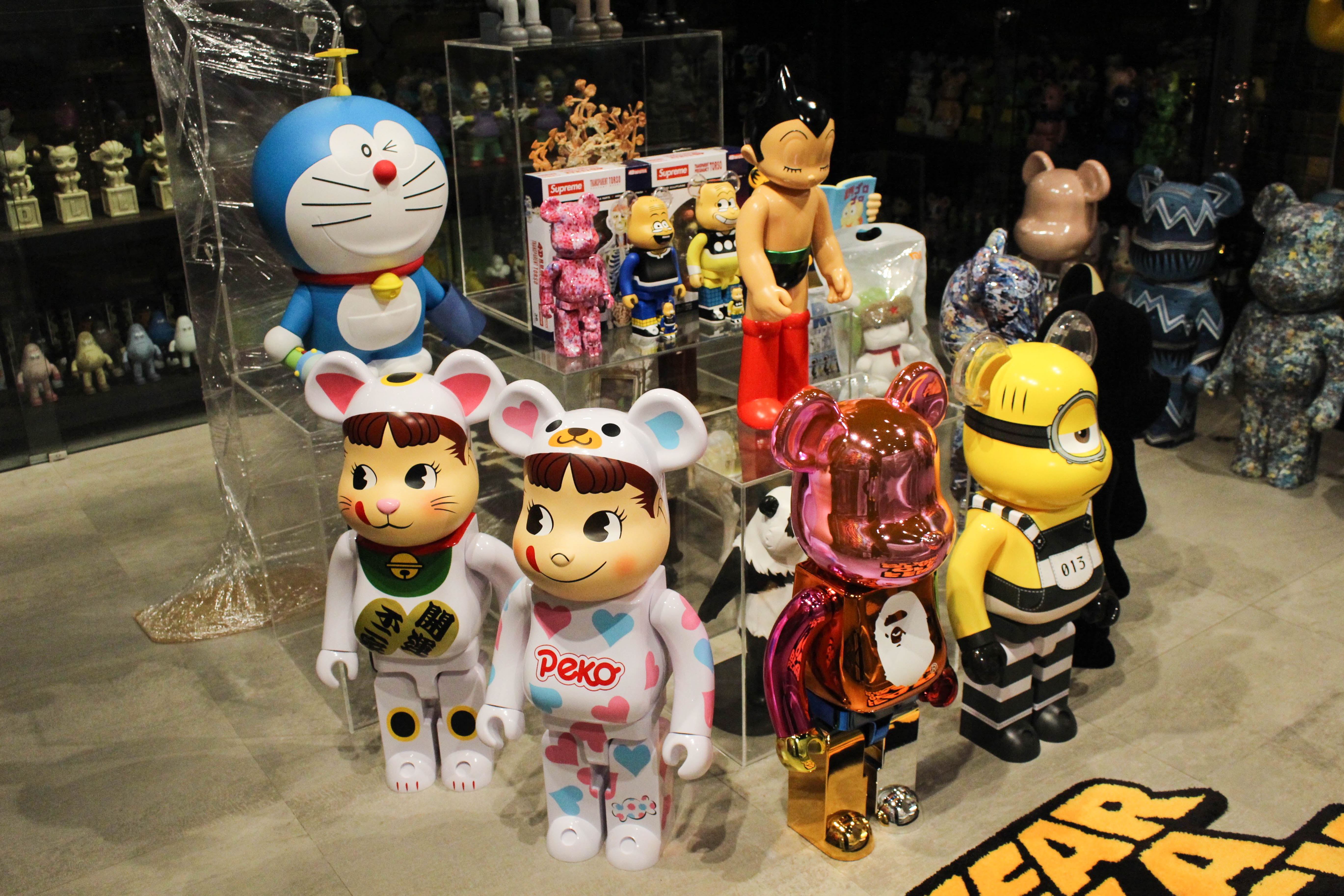 I had to ask what these “bears” were called since they were everywhere. Be@rbrick, he says is the number one toy in Japan and has gone through numerous makeovers/collabs with heavyweight designers worldwide. 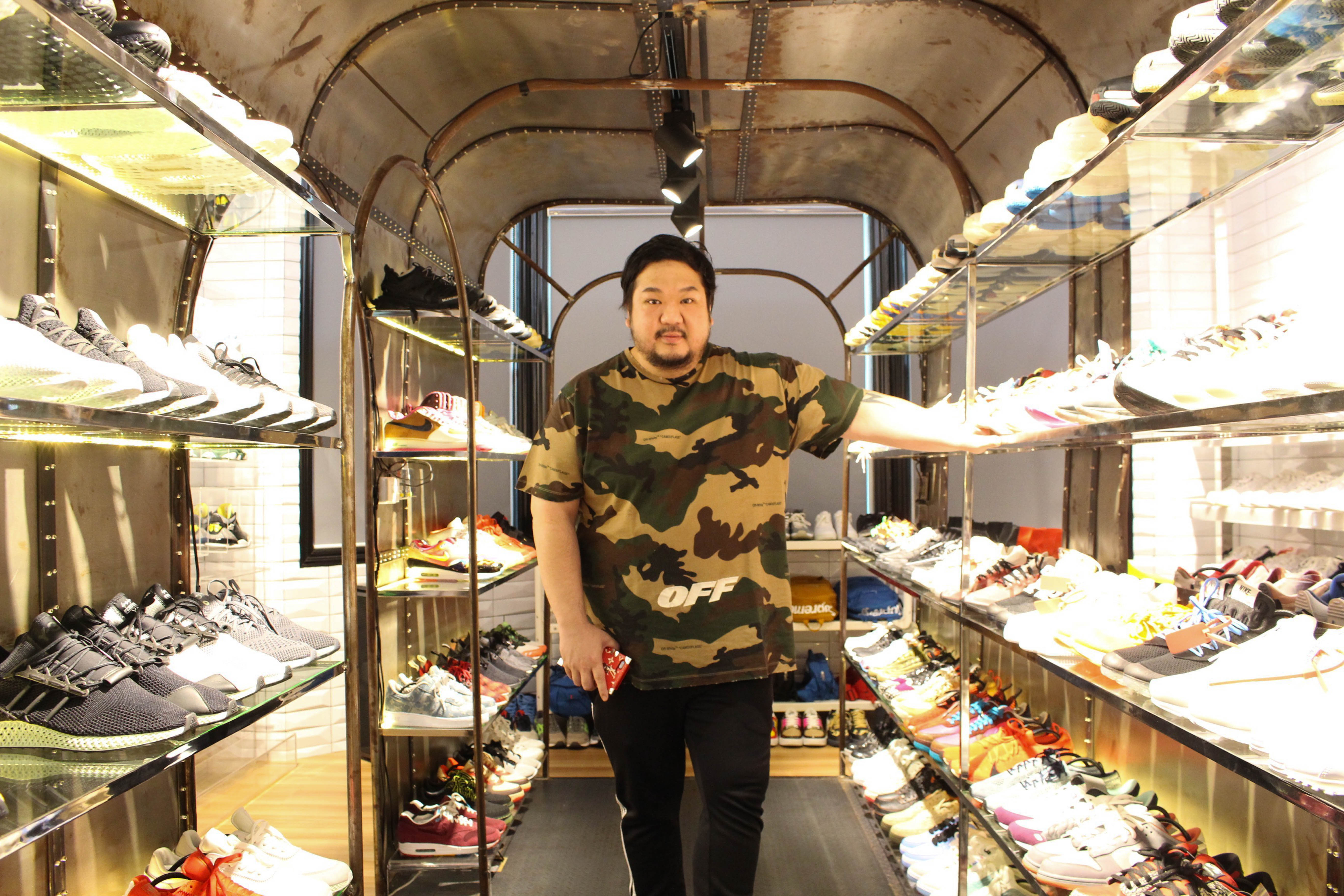 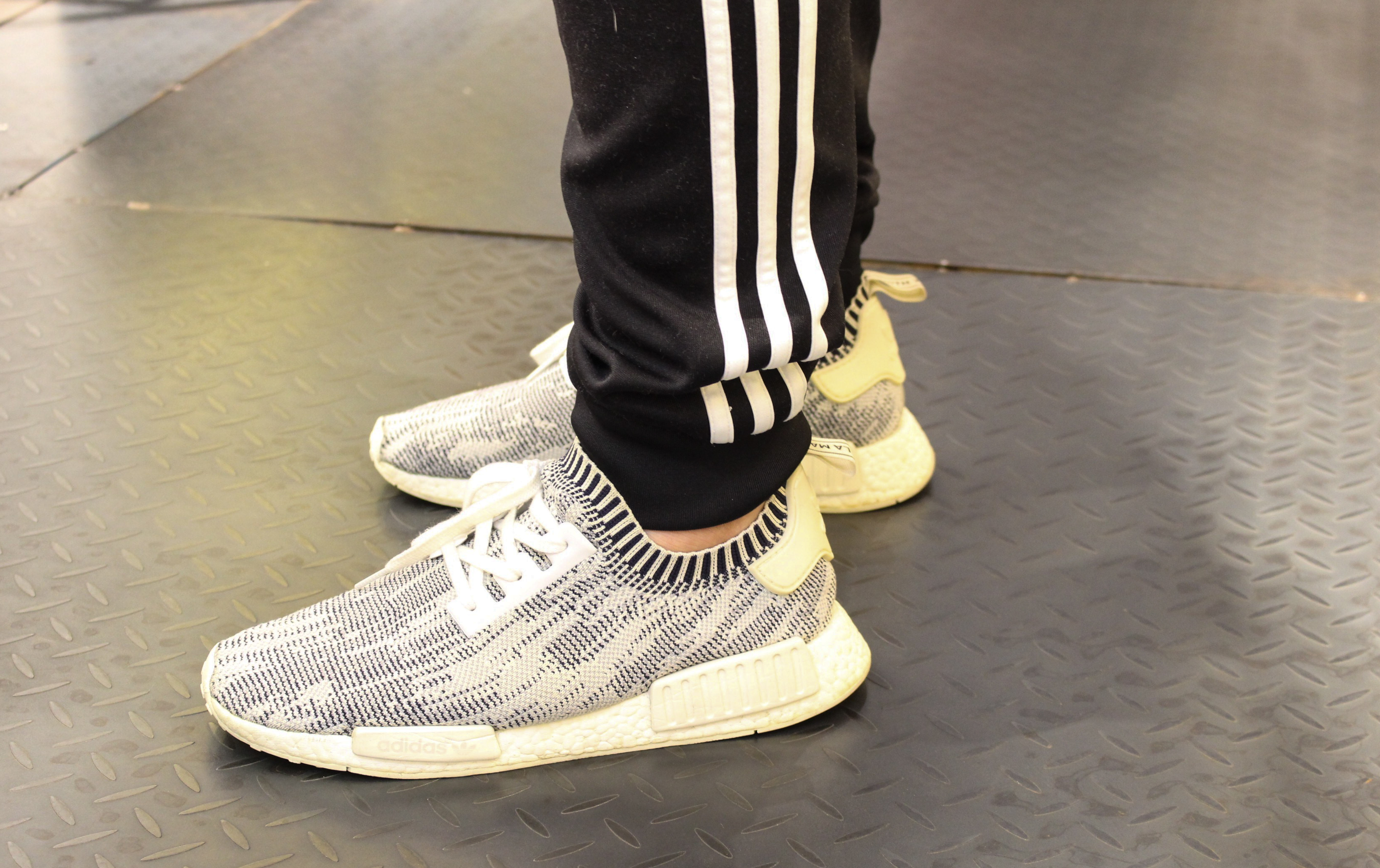 He is a huge Adidas NMD fan and swears by the comfort. 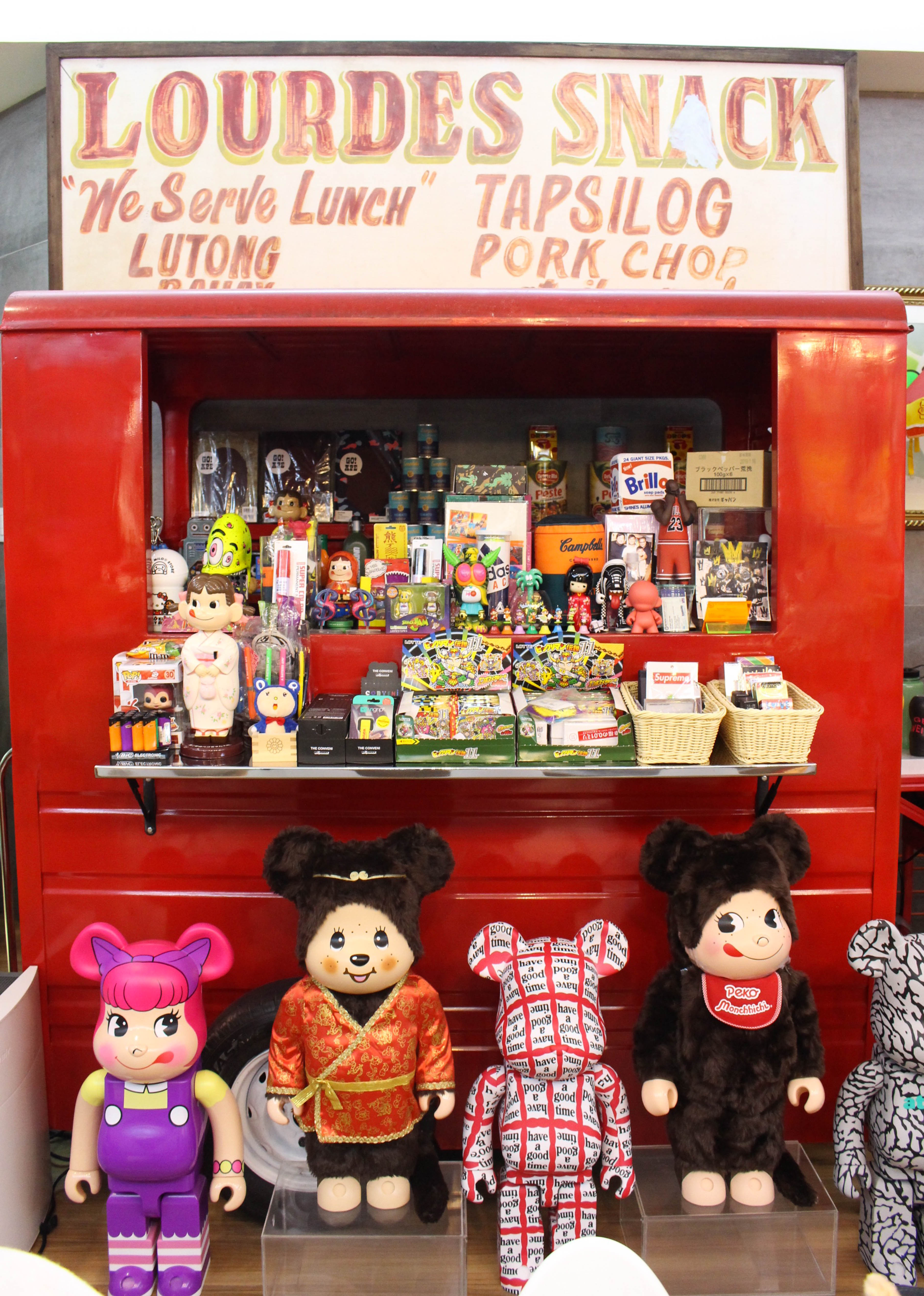 This store signage was an original that a sari-sari store he used to frequent was about to change, so Big Boy salvaged it and put it in this space. A bigger version resides in Ronac with actual goods on display to remind him of his childhood days of hanging out by small stores similar to this. 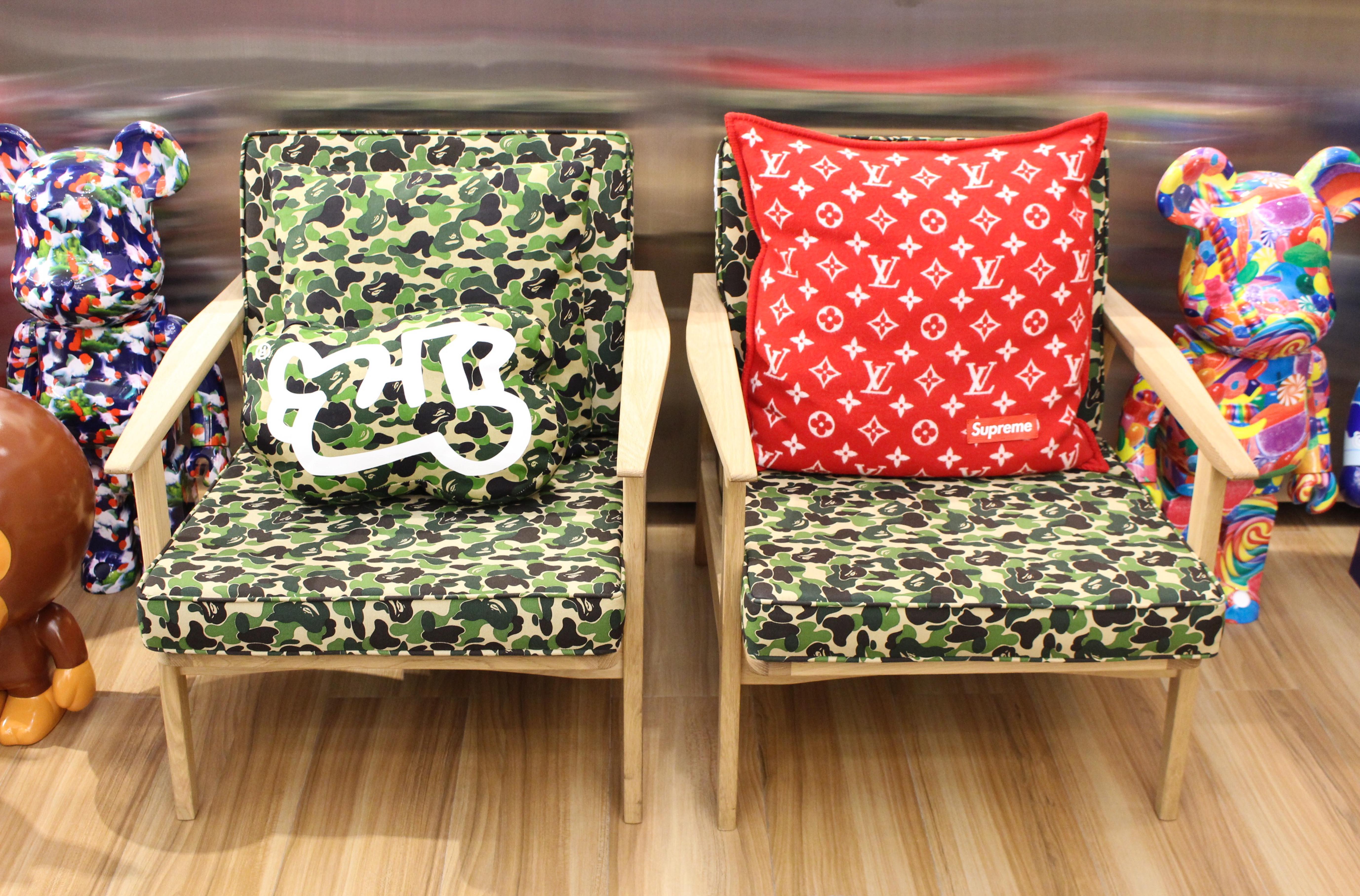 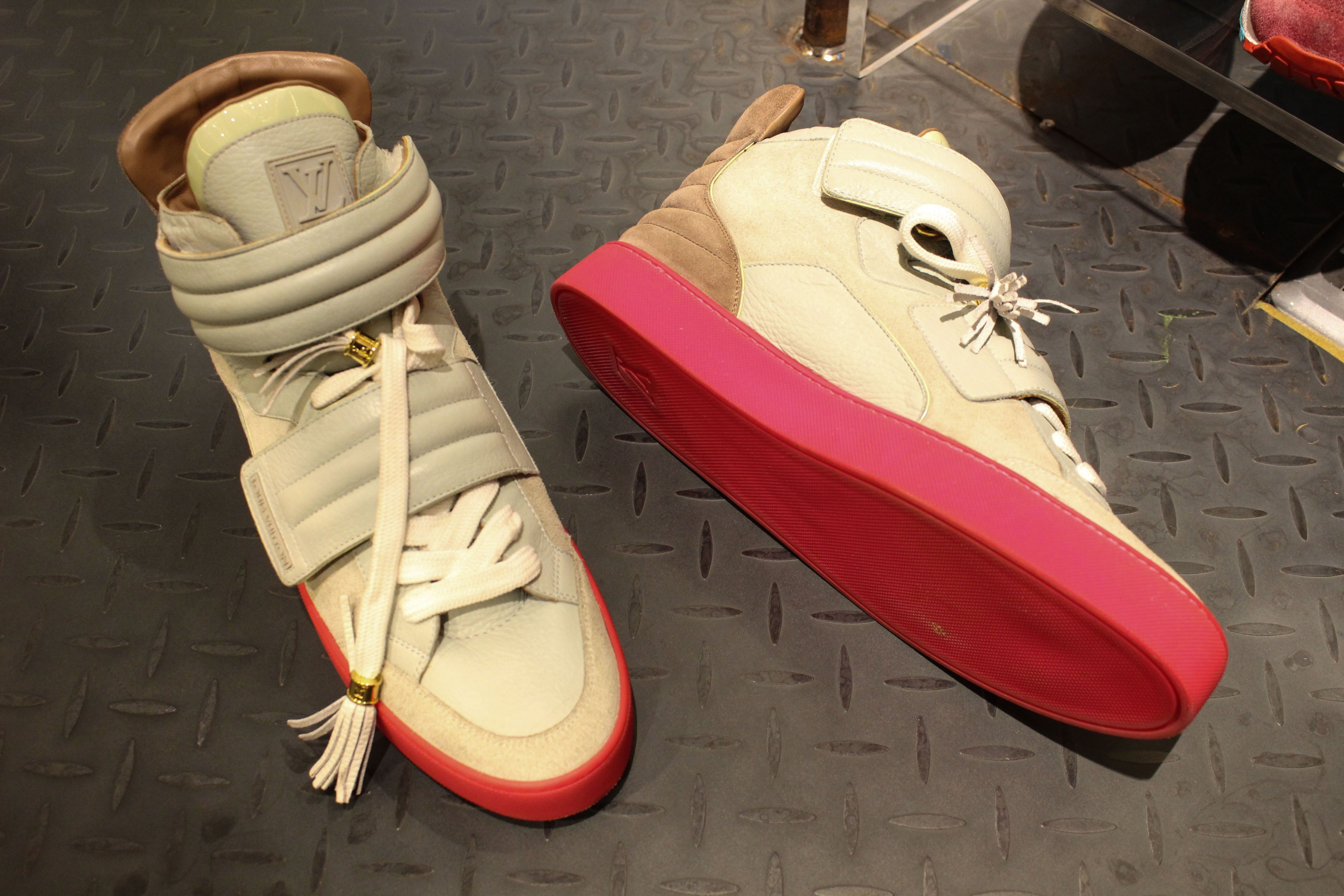 Kanye West’s first ever pair of Yeezys in collaboration with Louis Vuitton. 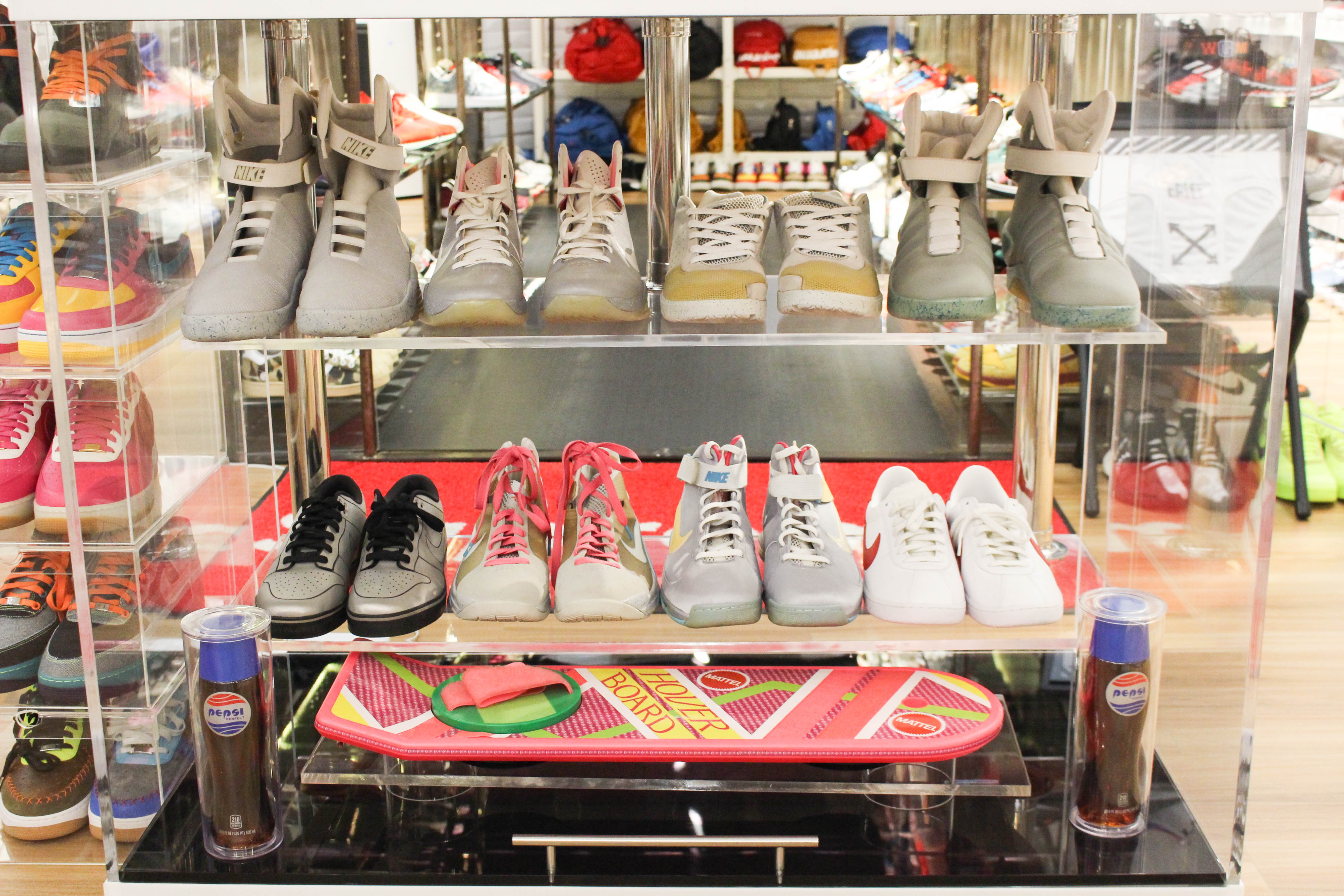 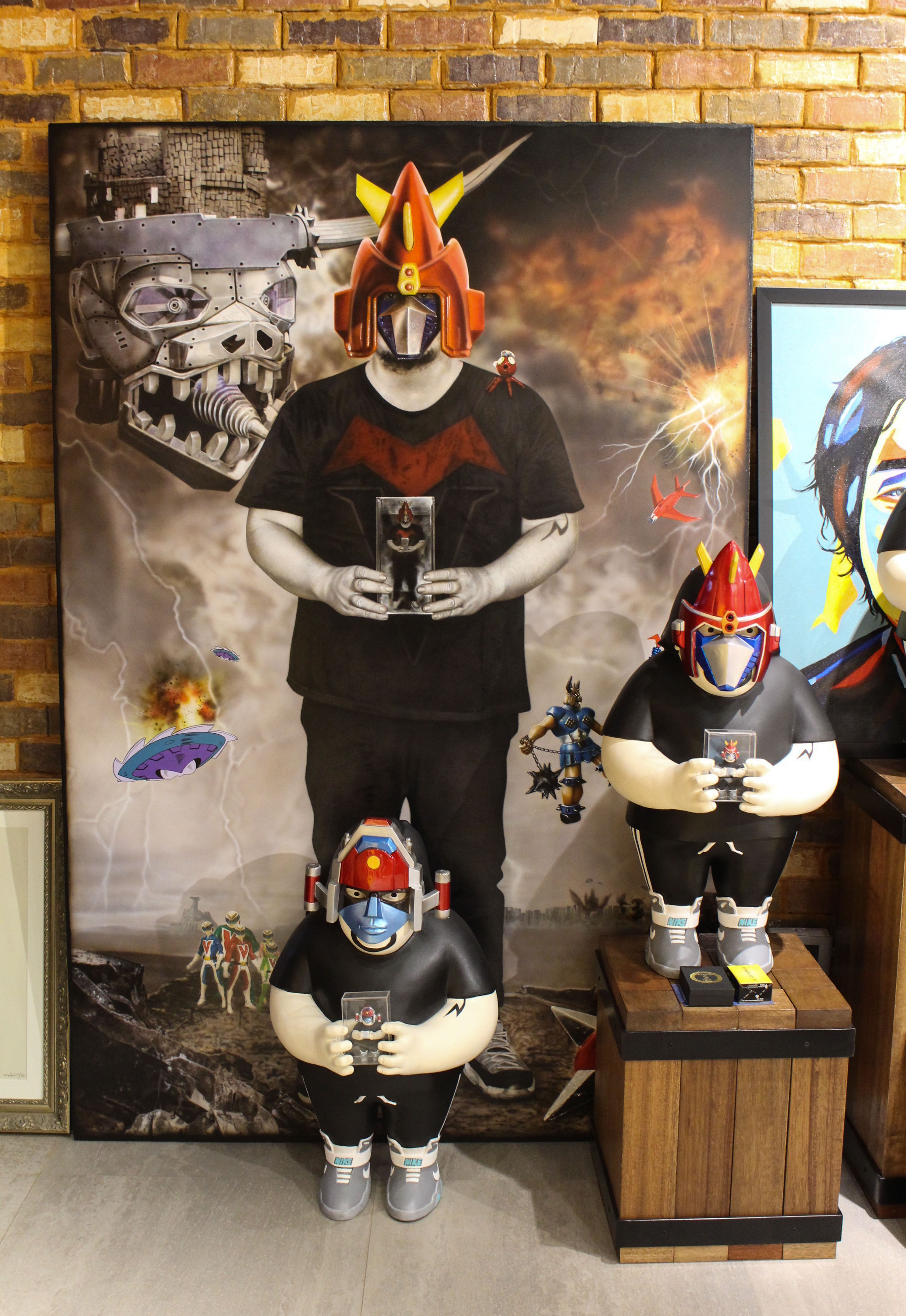 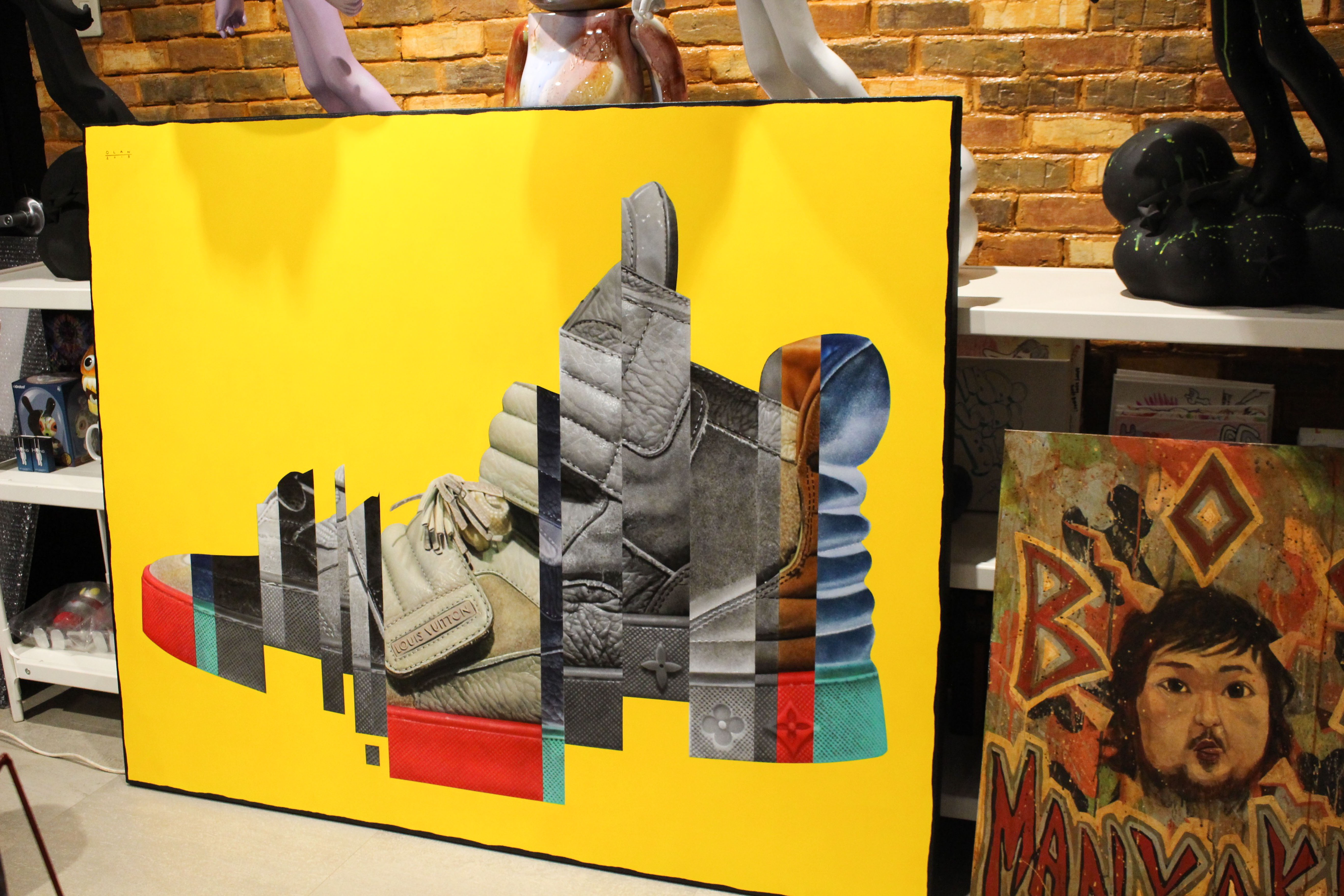 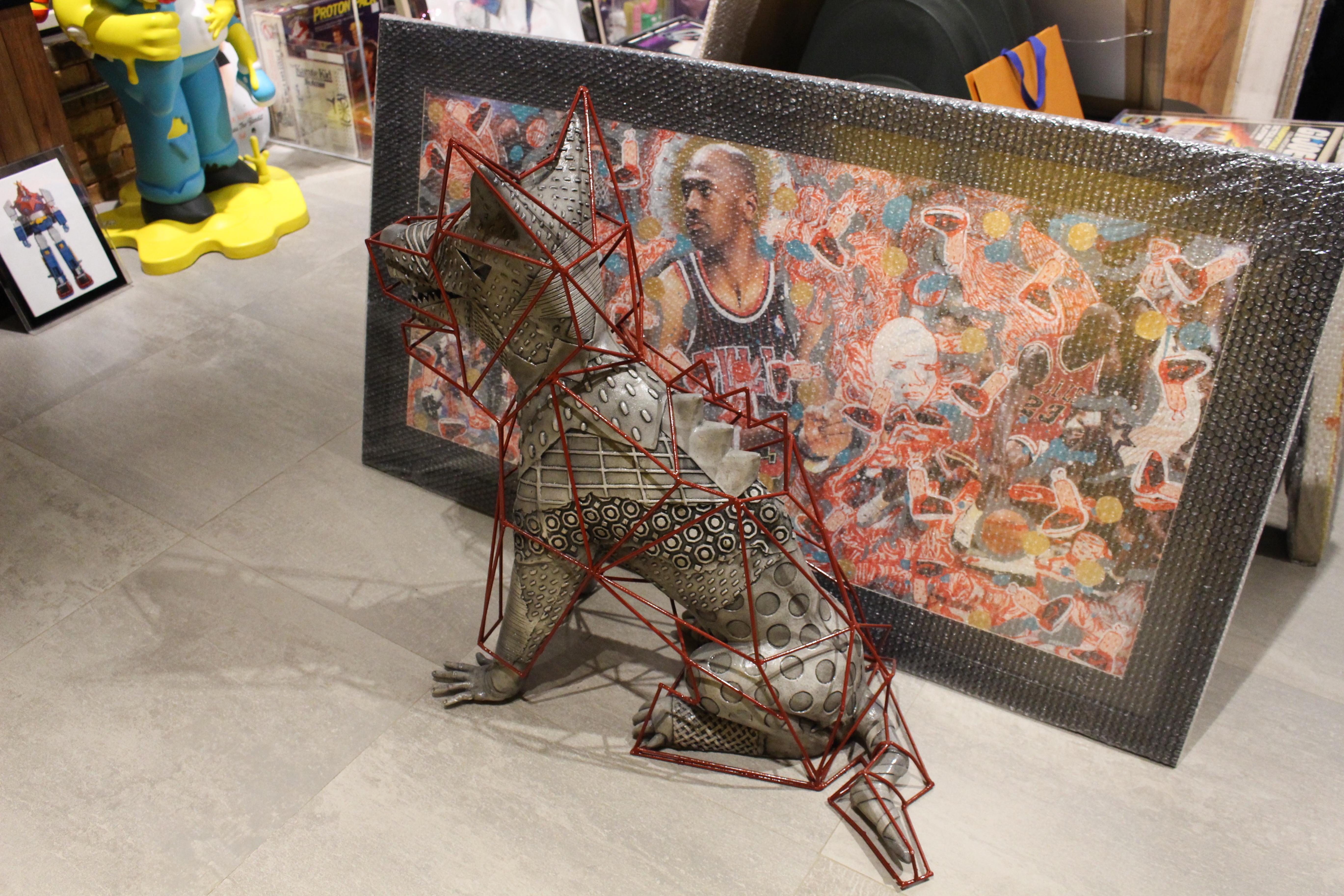 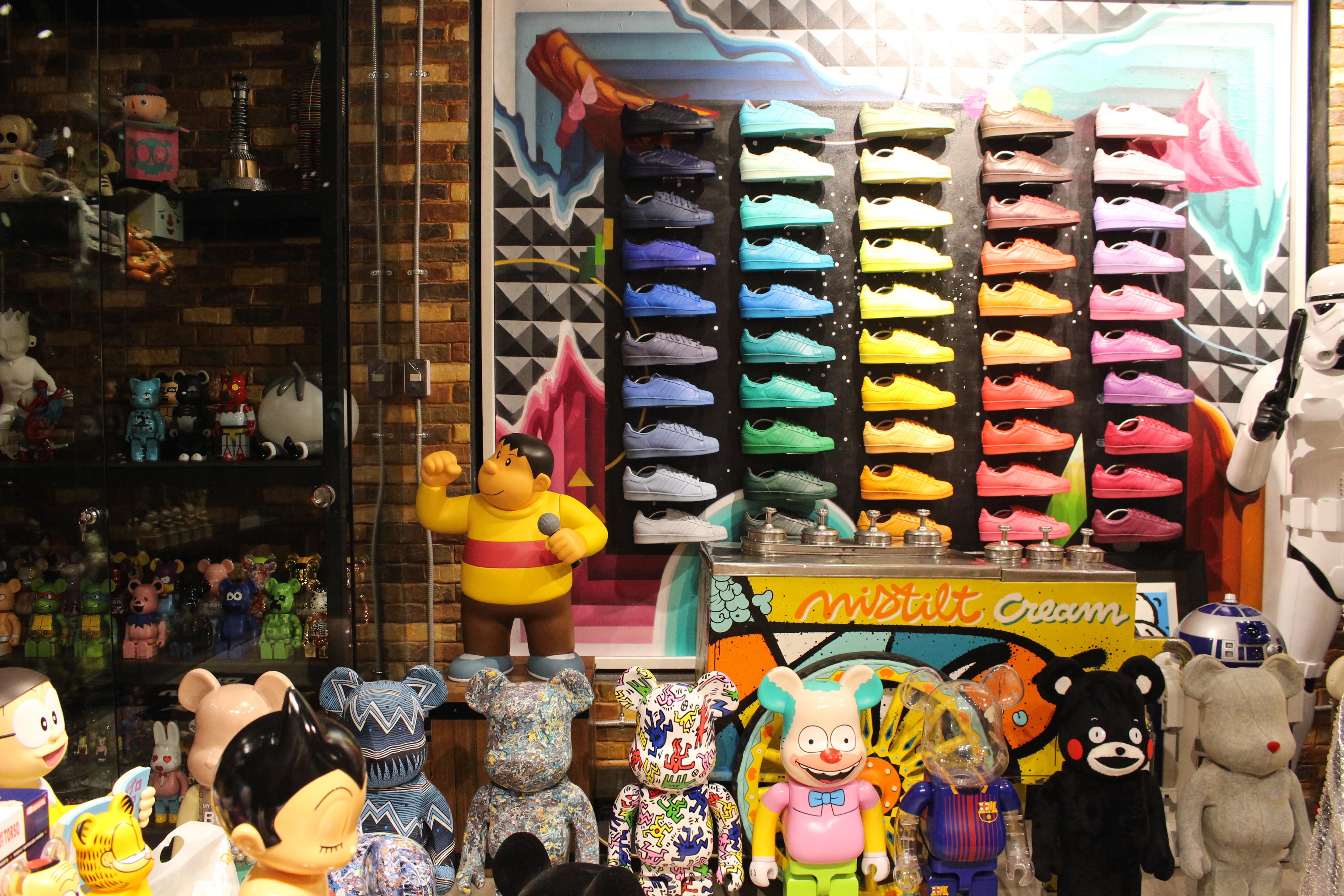 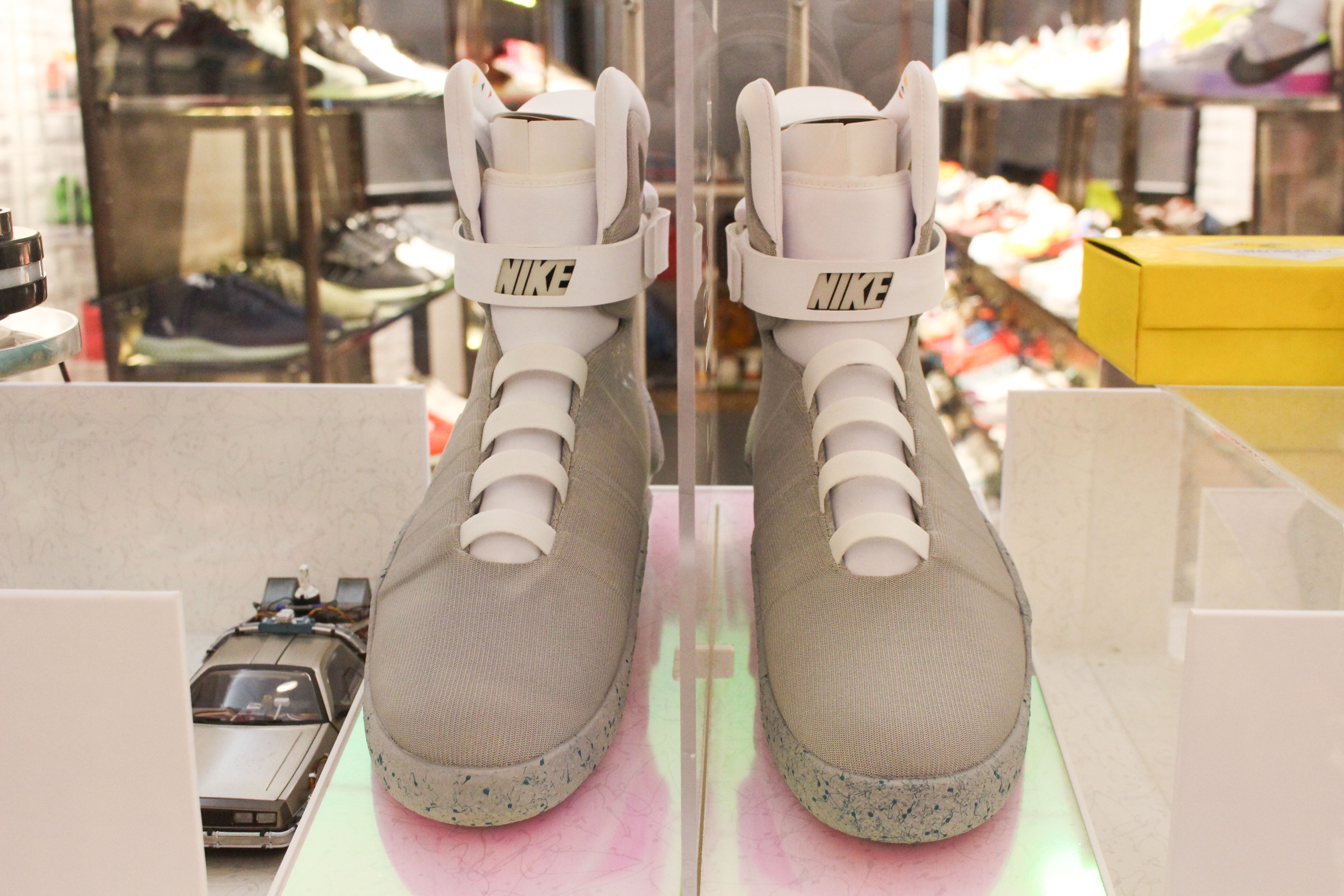 Yup, this is the pair Marty McFly wore in Back To The Future 2, the Nike Airmags. Spot the mini DeLorean on the left. 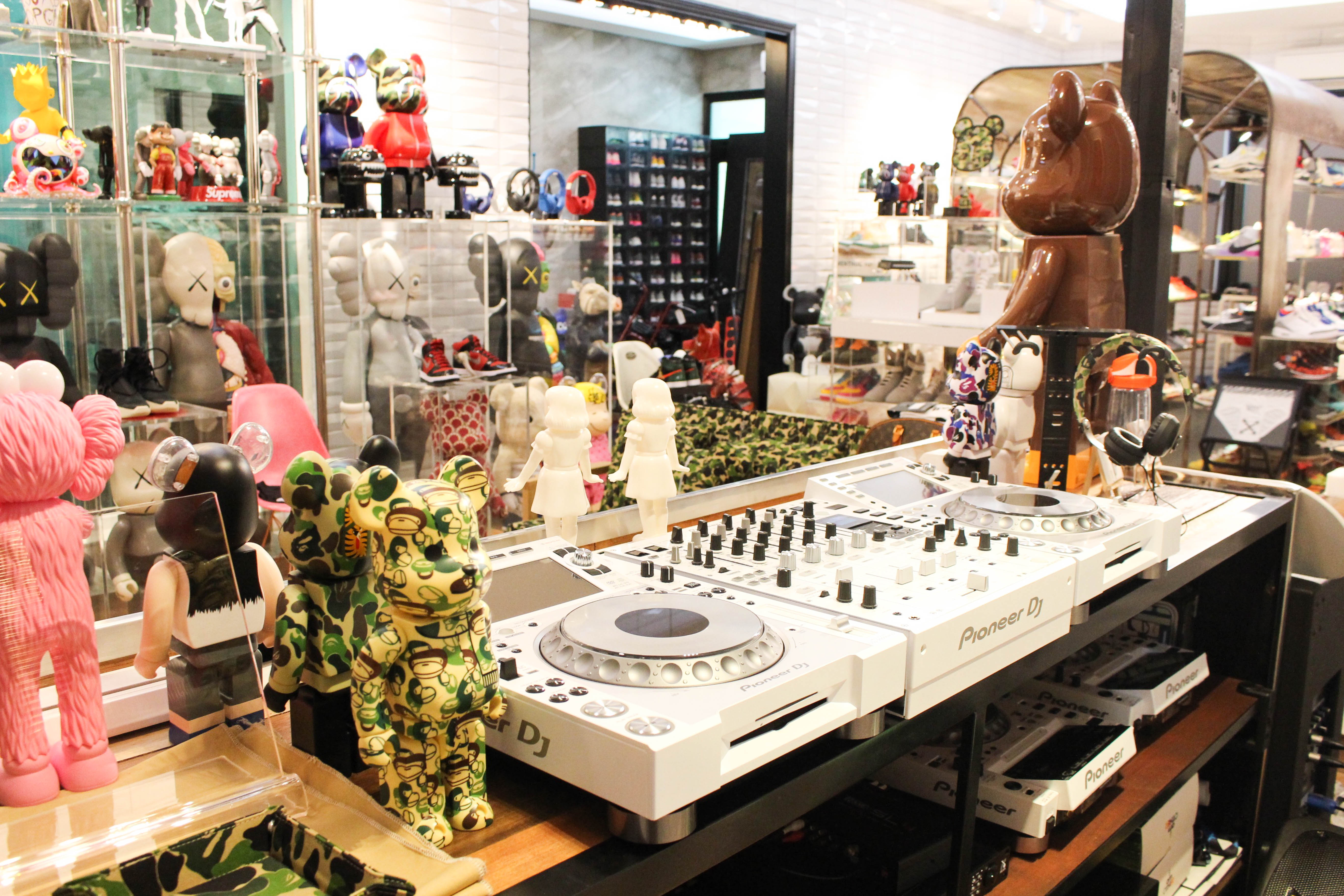 Big Boy also DJs on the side hence the impressive equipment in sleek ivory. 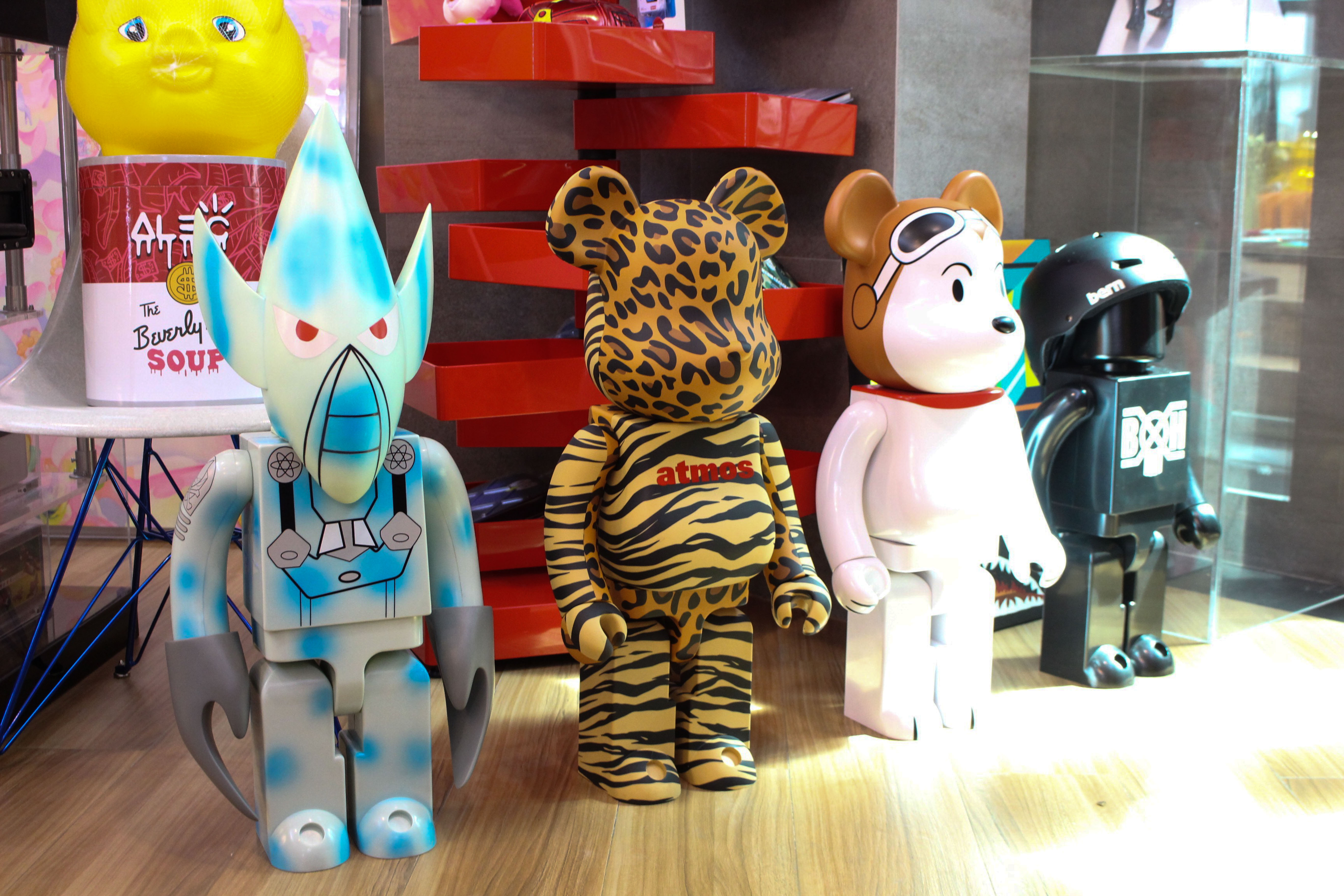 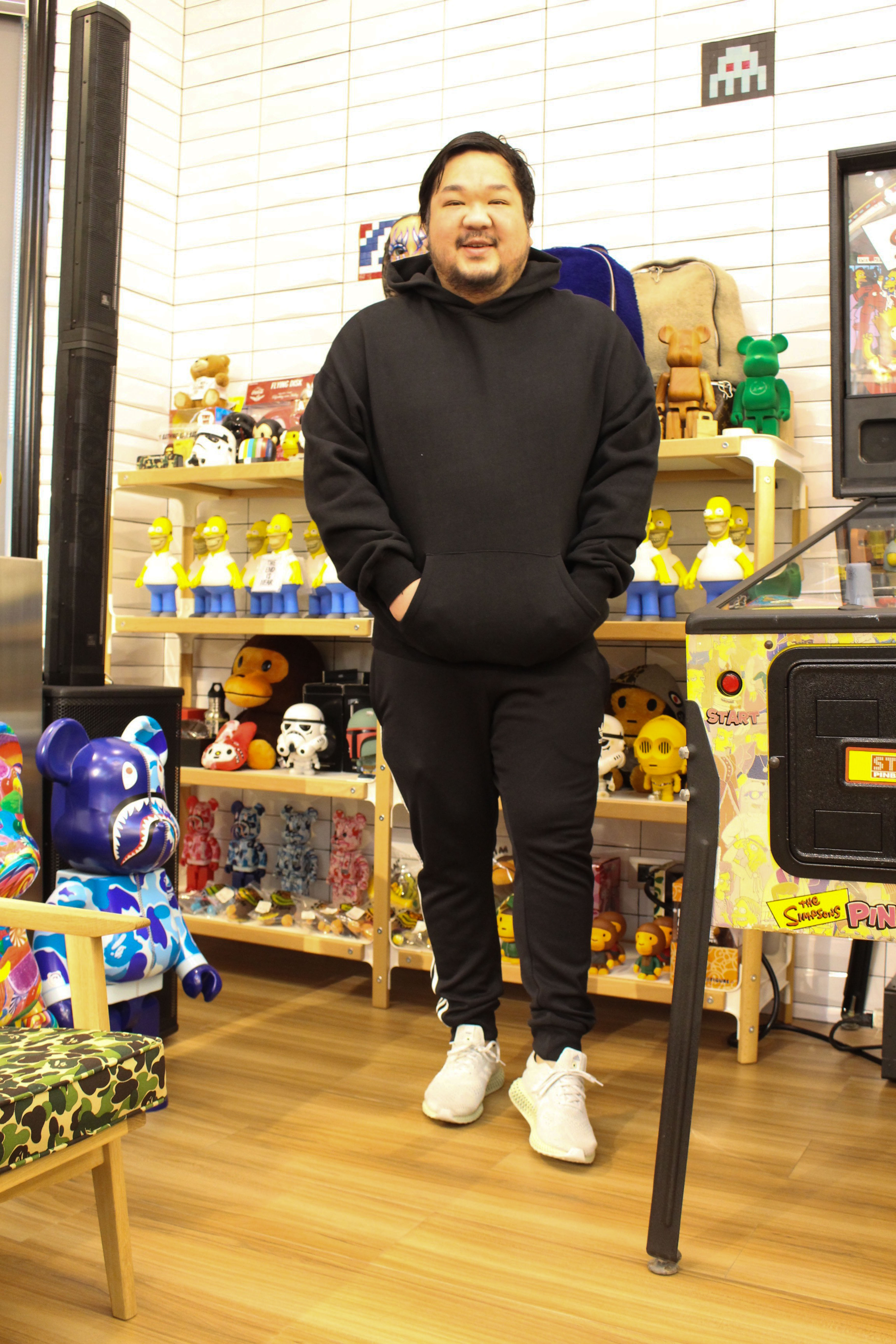 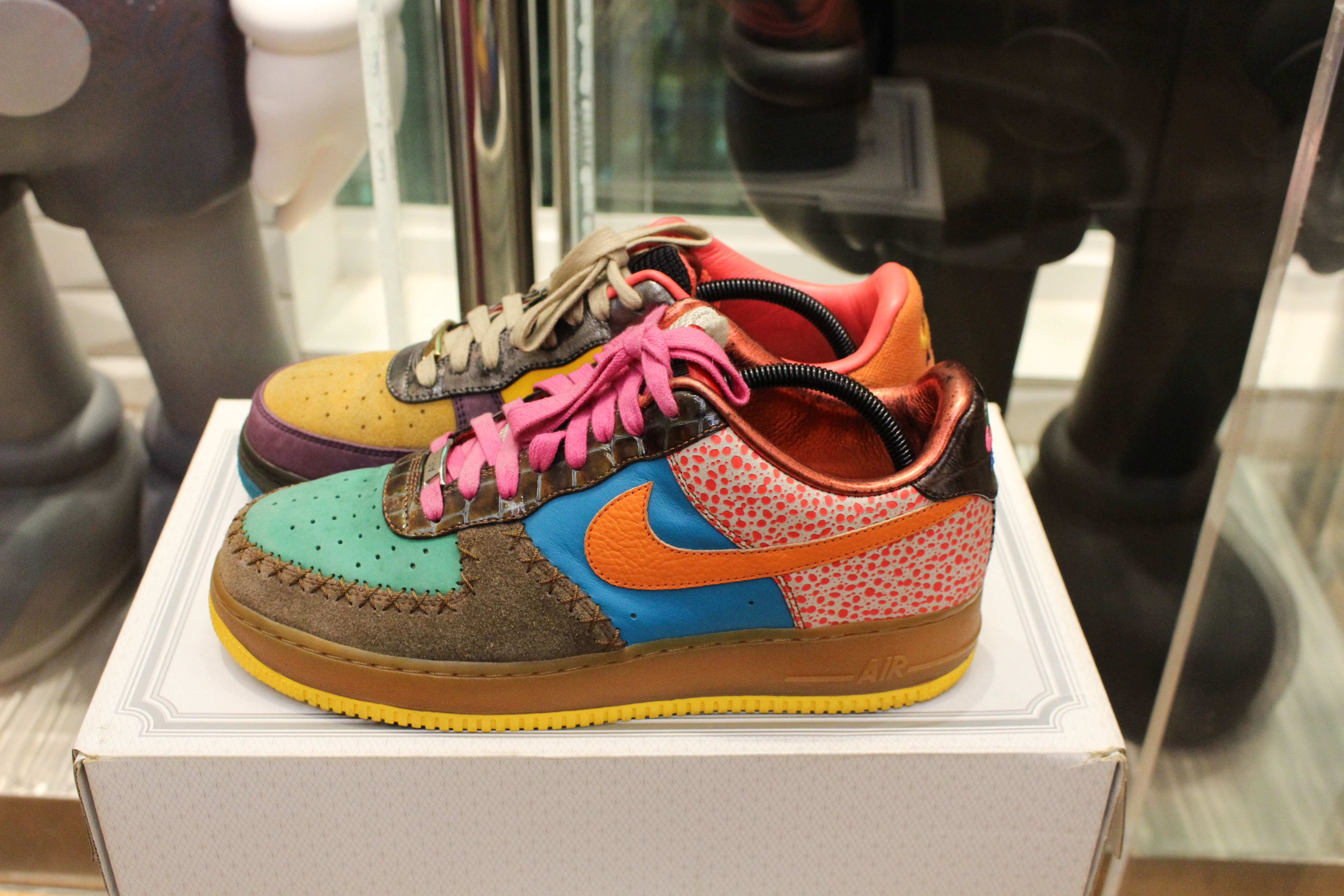 Big Boy loves bright colors and prints like these Clark Kent bespoke Air Force One’s. It’s an important selling point for him, as well as designs that haven’t been seen before. He’s attracted to innovation and unique aesthetics and is always up to date with the latest shops abroad, even going the extra mile just to see the pieces of art in real life. 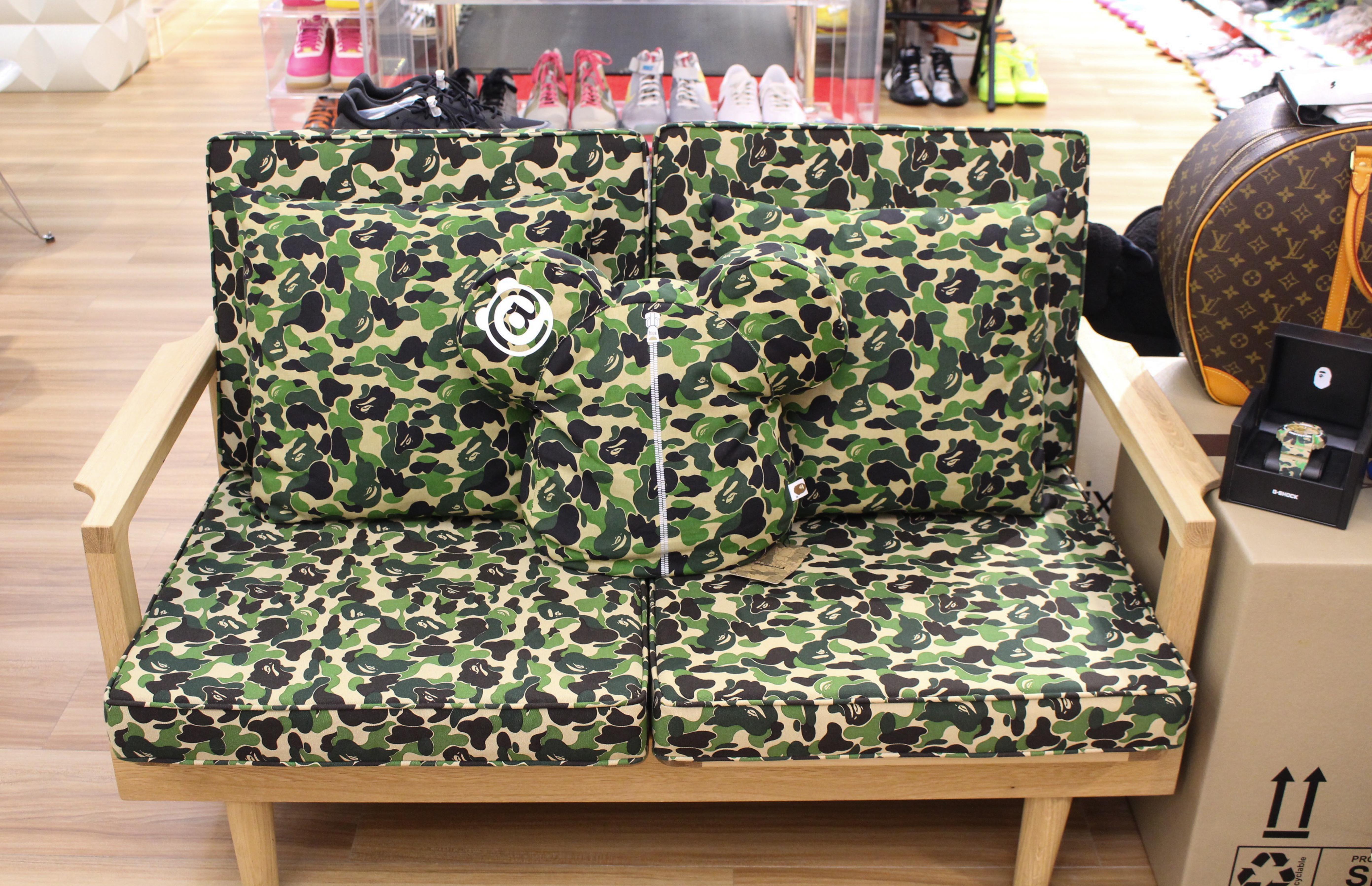 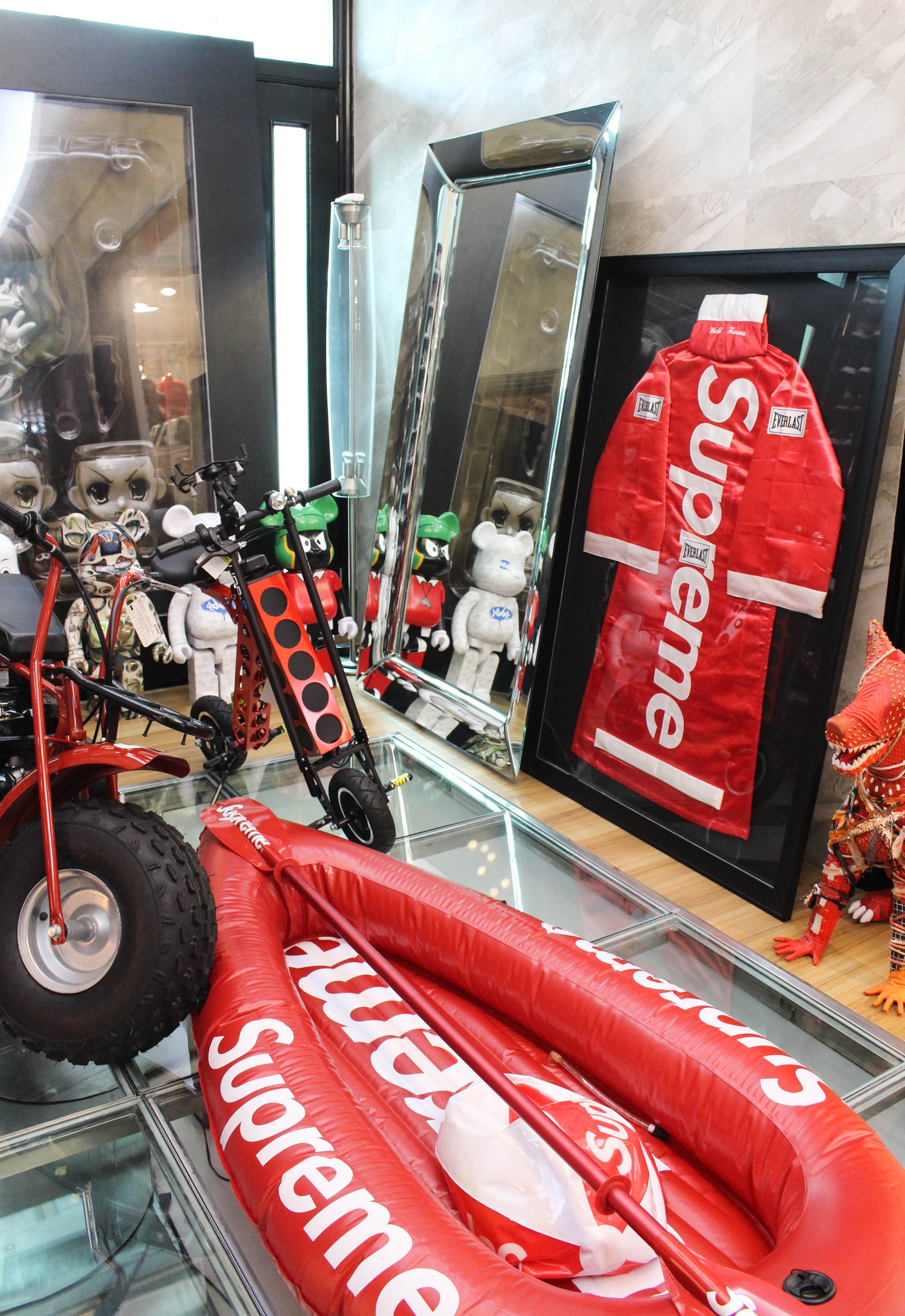 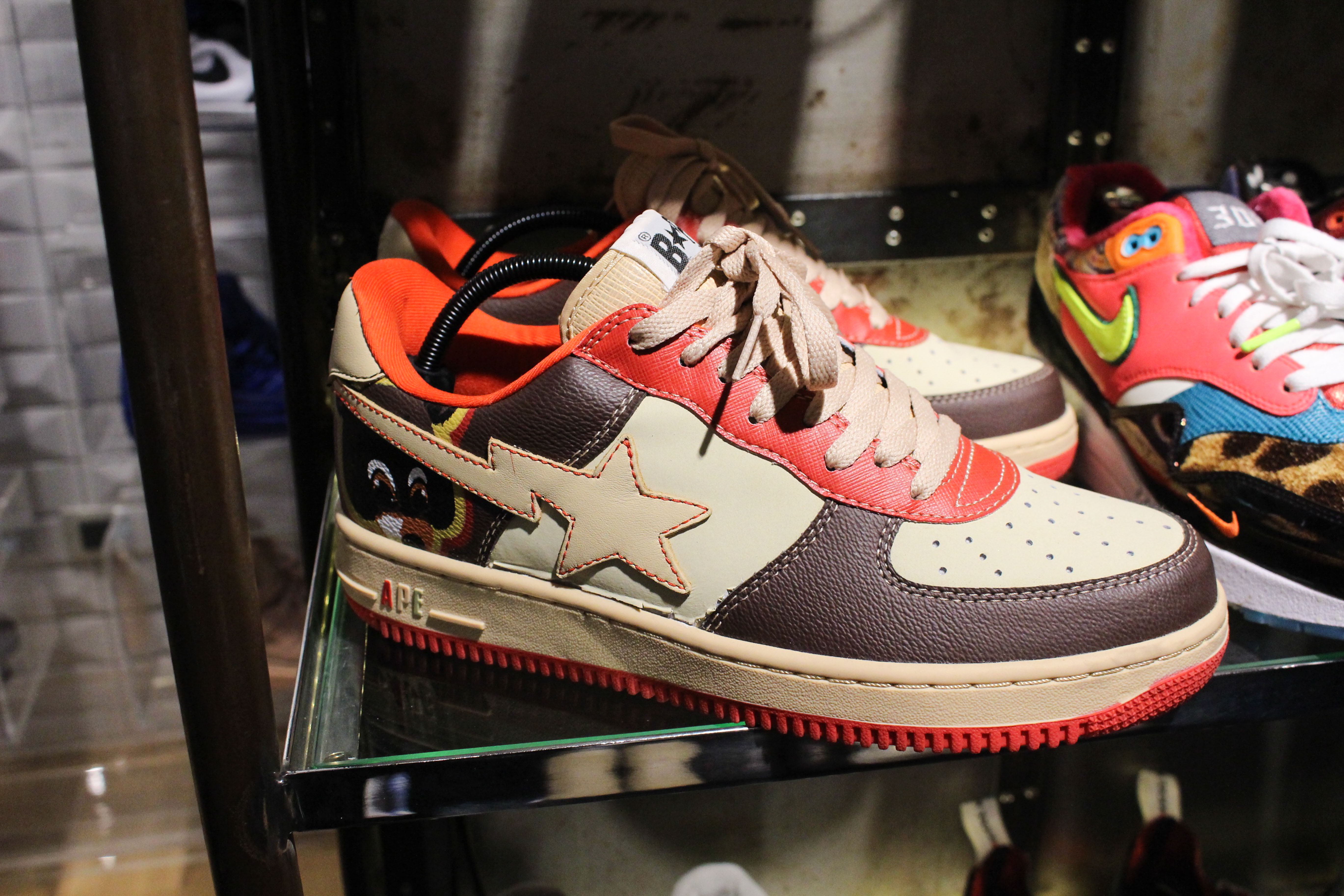 An early Nike x Bape collab that’s still in excellent condition. He sold about six pairs of this in his shop back in the day for P25,000; fast forward to today, the shoe’s value is now at $3000. 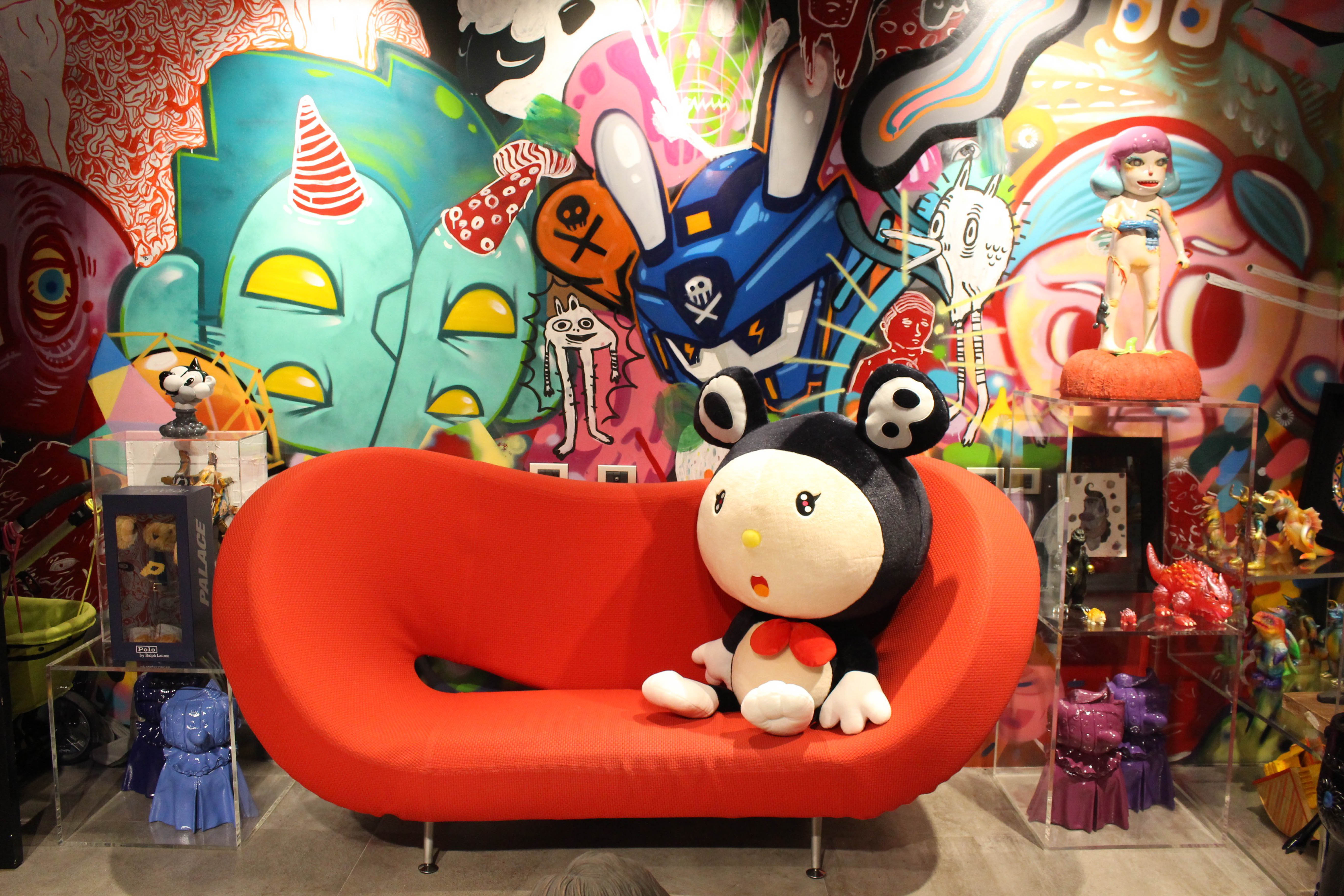 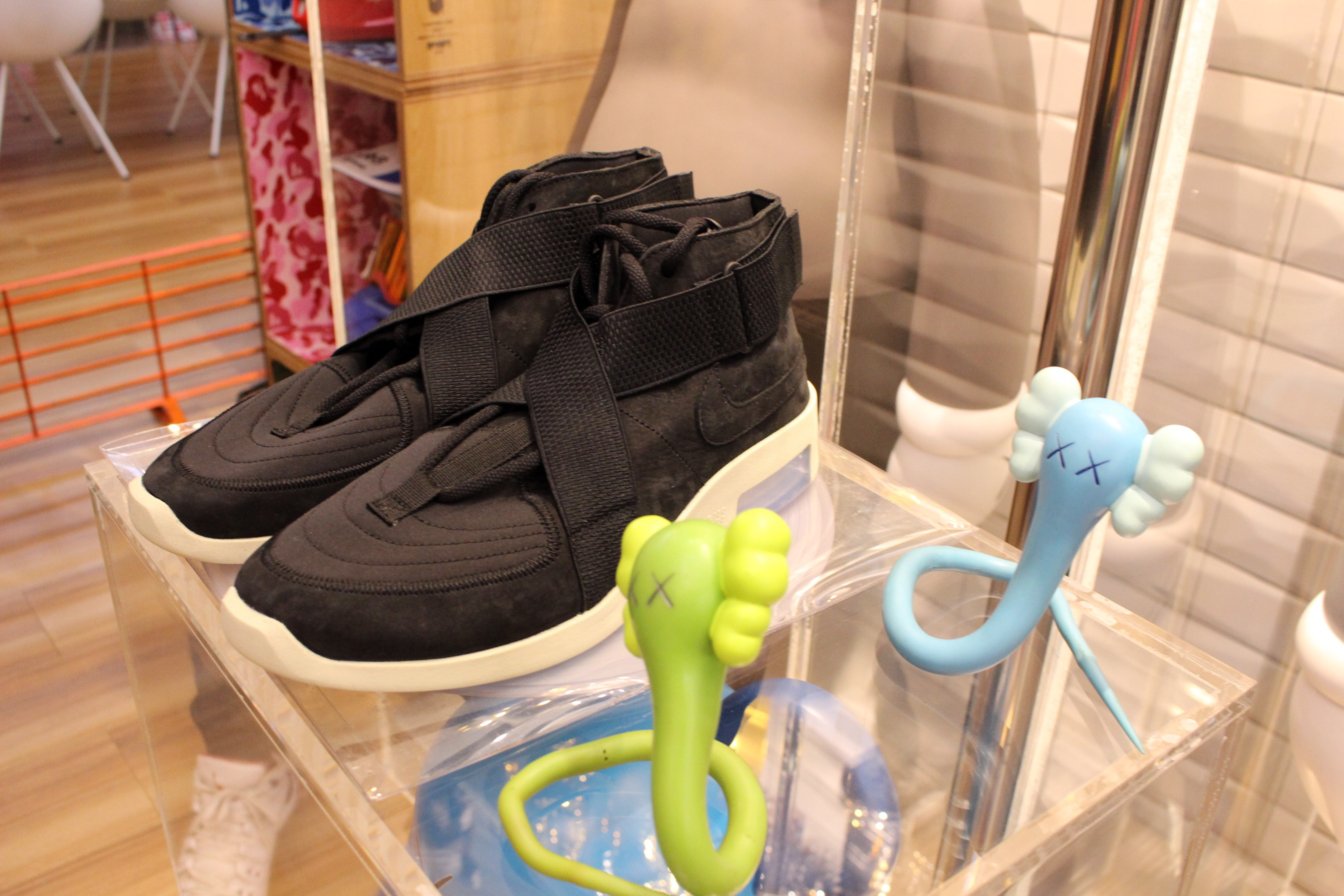 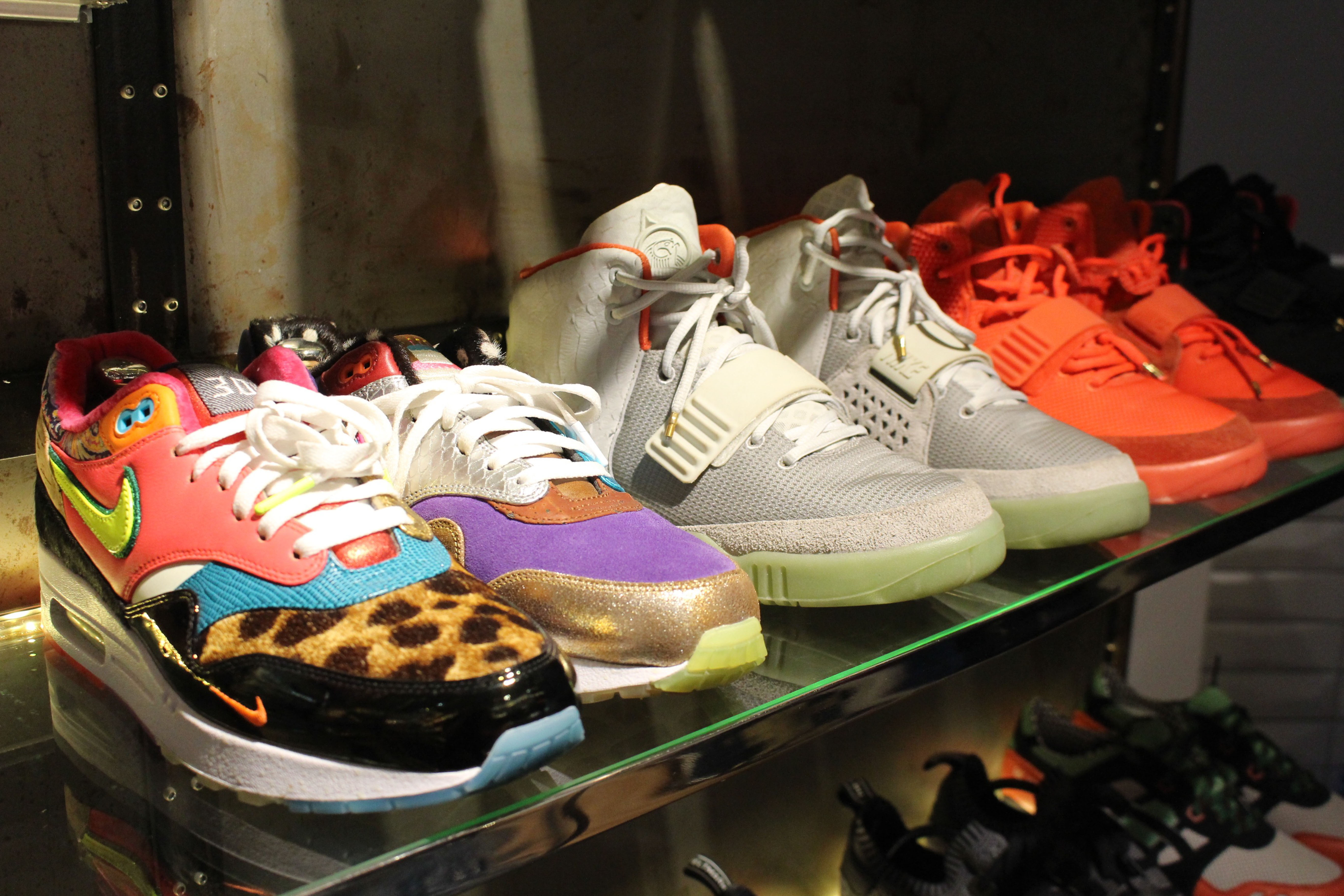 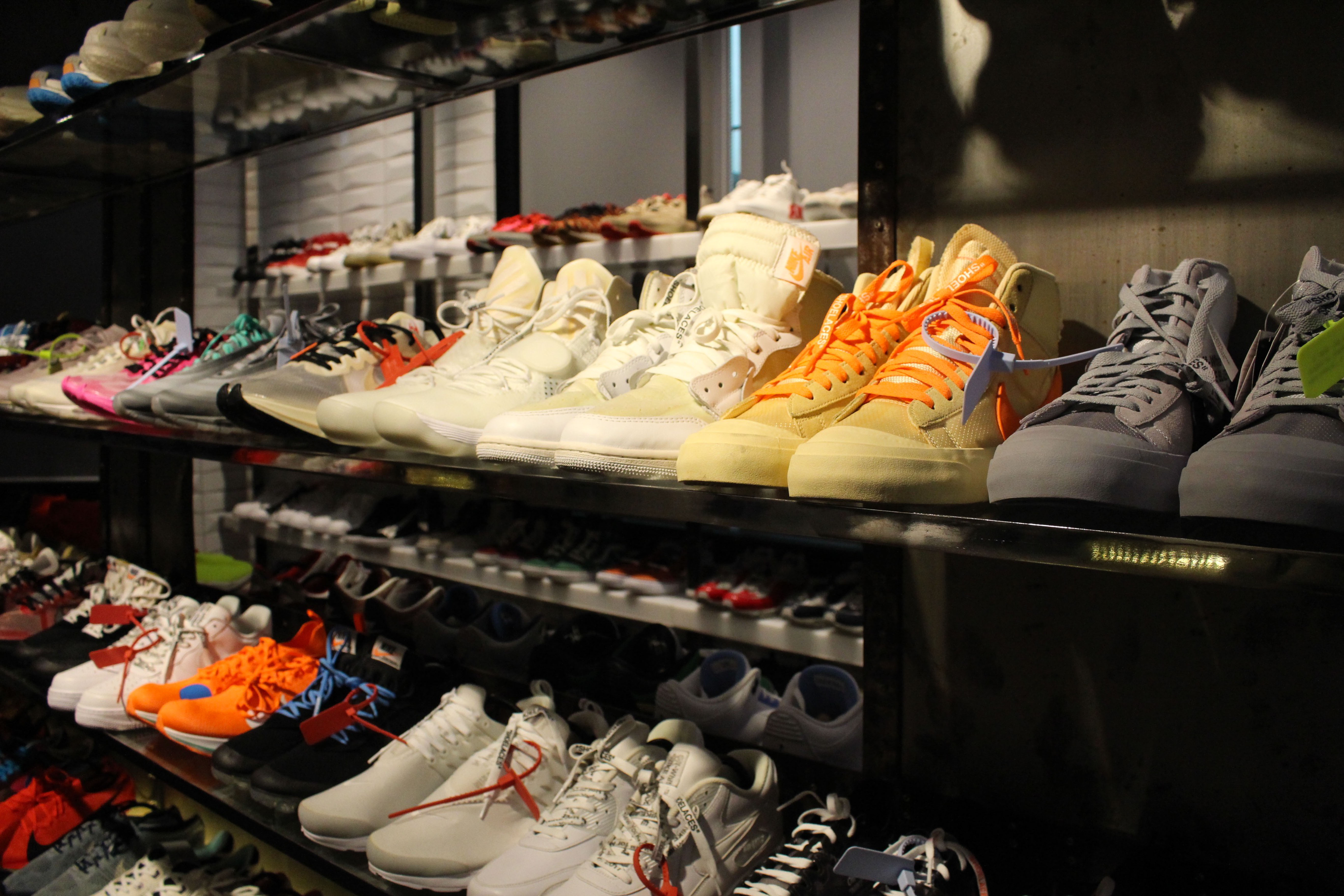 Off-White collabs as far as the eye can see!