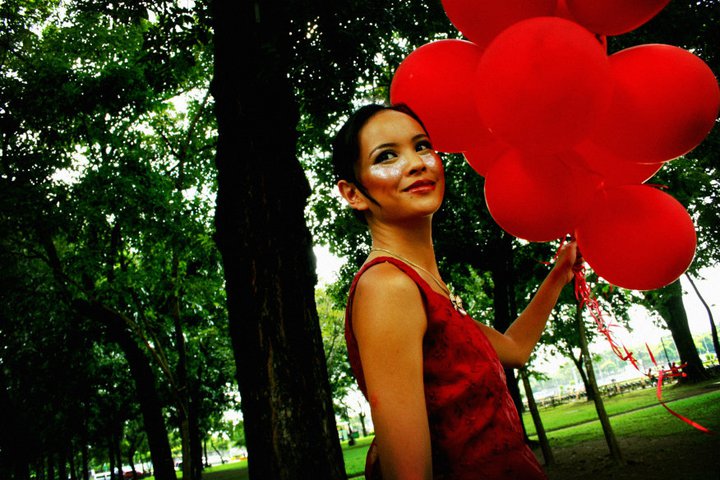 Much like the rest of Manila, I woke up to the shocking news of the death of American designer Kate Spade. And much like my peers in the industry, I was saddened with the loss of a true fashion renegade, not because she was a rebel (quite the opposite actually) but because she was the “antithesis of fashion cool”, as my friend Kissa texted me when she heard the news. Kate wasn’t trying to be the coolest girl in the block—she just was. “To be cool is to be authentic in my opinion and she was It. She was just being herself.”, I messaged back. Kissa, who is Singapore-based and Editor of Singapore Tatler was once my co-fashion editor in Preview back in the mid-2000s. “I remembered you when I read about Kate Spade and that fashion ed you did with the balloons. Gosh that was more than ten years ago.”, she said. A lightbulb turned on and I realised, unknowingly, that that spread was indeed very Kate, even though my inspiration was more Alice lost in the City of Manila.

I’m sure I’m not alone when I say that Kate had a strong influence in my creative work. I was always amused with her whimsical approach to design, how she didn’t take fashion too seriously, how she made things pretty without being corny. She was a true original, her combination of contrasting prints and color in her work was remarkable, and she seemed like a real girl next door.

I’m lucky I got to save these images digitally and posted them on Facebook years ago so I could re-post them again here. I had this concept in my head about a girl with red balloons hopping around town in different party dresses,  pitched it to my editor, she gave the go signal and off we went. I won’t forget this day: it was hot and we had an old van for transport and dressing room; it was a guerilla shoot, no permits so we had to be fast. I was so intent to go to different locations that by the end of the day, the crew were half-irate with me, tired, hungry and sweaty. Not to mention the hours photographer Paolo Pineda spent post-production to get the lomo effect. This was, after all, pre-filters and Instagram. Oh but how instagrammable are these photos now?

Looking at these now, I see the connection! The choice of clothes, color combinations, the make-up, even the pose and that ubiquitous red balloon was very Kate Spade. As if unconsciously, I was thinking about her when I was brewing the concept all the way to pulling out the looks. A testament on how strongly images stay with us and affect us—especially images that are close to our hearts like how hers were to me. 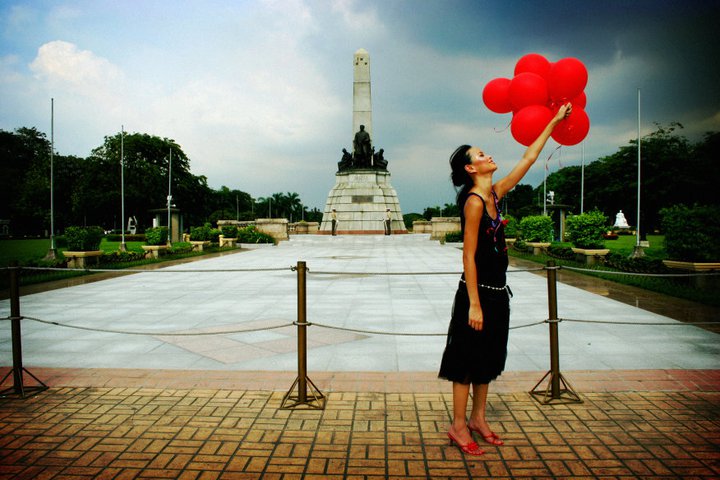 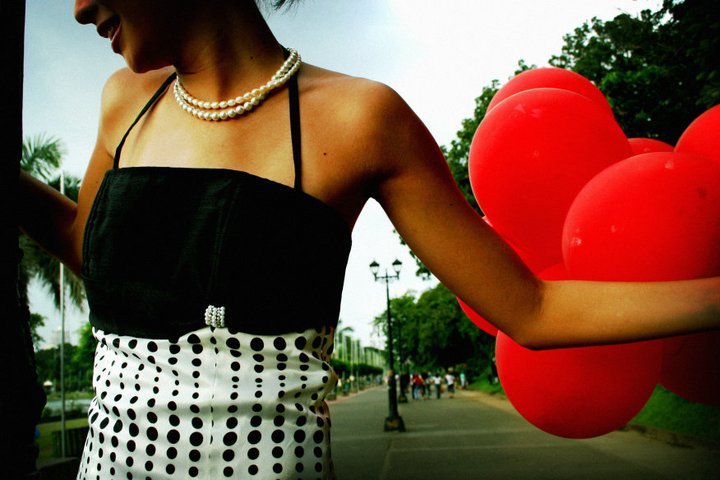 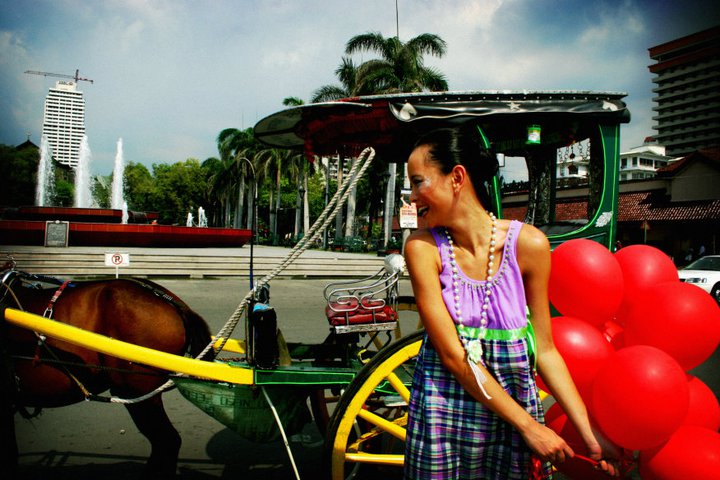 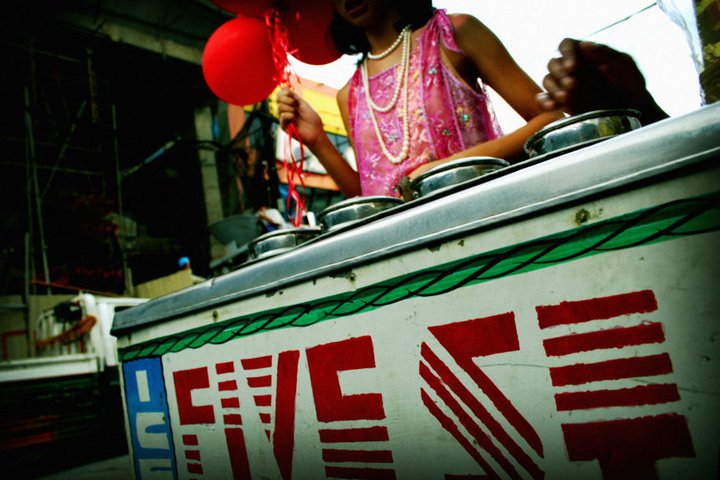 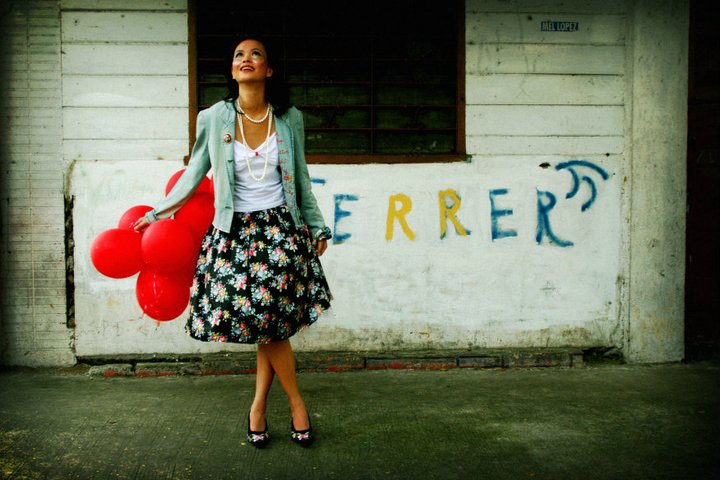 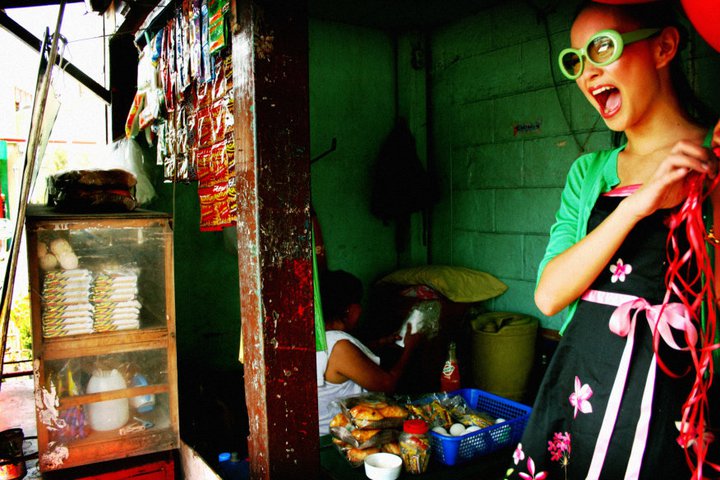 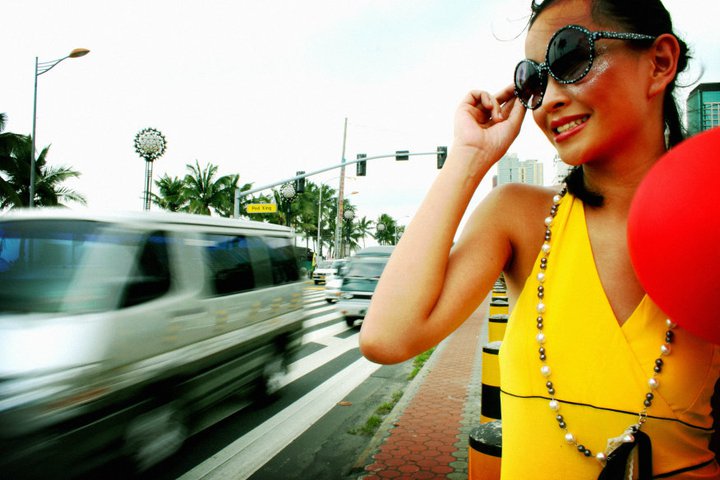 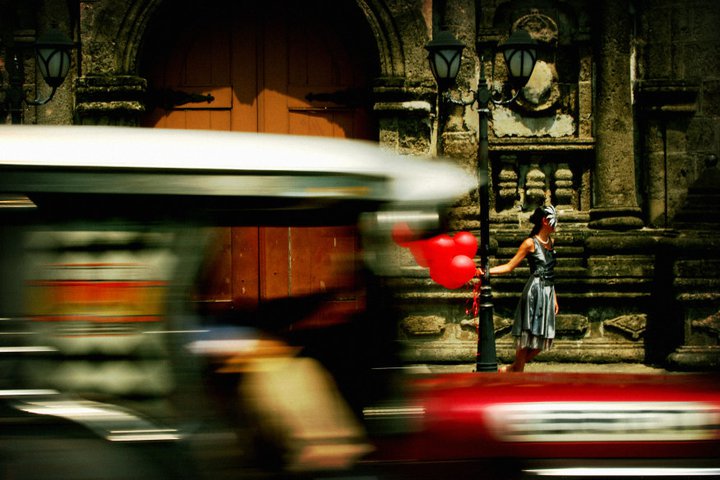